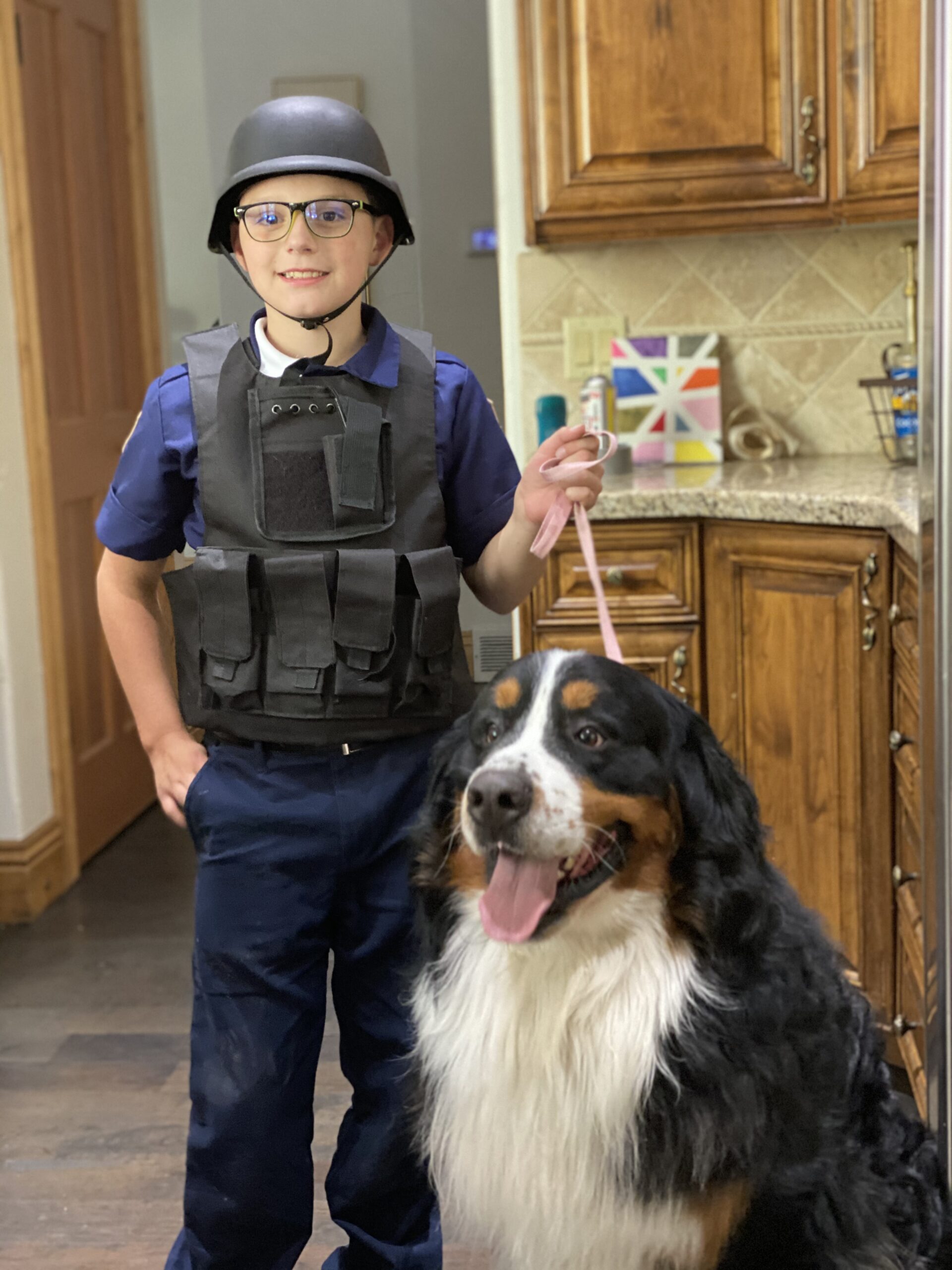 For several years now, I’ve had to remind myself that although Jordan is my youngest child, he is quickly growing up. Jon has often cautioned me that even though Jordan needs to experience being trusted, he reminds him of himself, and to be prepared for anything.

Last night, Karen and Scott Keller invited Jon and I to an event at their home. It felt so weird to actually dress up for an in-person gathering because I have become so used to Zoom meetings, but we needed to go and support them because they have always supported us.

I felt confident that Jordan would be safe at home, and would be passionately playing video games when we returned home. To my surprise, when I walked into the dark house, it was very quiet and nobody was around. My stomach turned over, and I wondered where he was. I called Ella and found out she and Halle had left to a church activity, and so Jon began calling Jordan’s name. I reassured him that he was smart, and safe. Jon said, “Okay, well if you aren’t worried, then I won’t be worried.”

I had just sat down to hurry and finish my very first assignment in my Masters program, but I switched gears and began calling his phone. After a few attempts, he answered, and said, “I will be home in just a minute!” I was shocked that he had actually chosen to be outside in the DARK because that has always been a scary thing for him. “HURRY home!” I growled. “WHAT have you been doing?”…. and he hung up the phone.

Soon enough, Jordan walked into my room and said, “Mom, I found some chicken in the garage fridge, and my friend and I have been cooking it up and selling it to people around the neighborhood.”

I couldn’t believe my ears. “What? Chicken? Was it frozen?! Who did you sell it to? How do you know how to cook chicken? How did you cook frozen chicken? What did you deliver it in? Was it hot? I have always told you to ask me before you go out peddling any goods or services to our neighbors, again! How much did you charge? Did anyone buy anything?!”

“Mom, it’s fine. I got the pre cooked chicken from Costco, and my friend Kendrick and I just fried it up on the stove. We put it in disposable tupperware, and started knocking on doors. We made $121.00 in just a few hours!” Although I took this picture earlier in the night when I was whining about dressing up and going somewhere, it seemed to fit perfectly here.

I looked into his big brown eyes and I watched one tear fall down his cheek. Even though I wasn’t yelling, it is rare for me to be direct and passionately discuss matters, unless I feel like it is important for my kids to learn a lesson. I contemplated for a minute about what lesson I should teach. I didn’t want to squelch his love of innovation and entrepreneurship. I didn’t want to make him embarrassed about selling or being excited about his product. I did, however, want him to understand the risk of leaving without asking permission and offering a food that may contain salmonella to our lovely neighbors.

I gave him a big hug and told him that I was proud of him, and explained these things. I asked that he would call me next time before he sold door to door, without my knowledge. He said, “That’s okay, mom. Don’t worry. Tomorrow we are selling deserts. I am sorry.” I gave him a hug and he went to bed, by himself. I remembered the fourteen months that I laid by his side until he fell asleep, when he first arrived at our home.

After he left, I reflected on the day last month when Jordan “hired” two of his friends, and committed them to bake bread and paint on canvases so they could sell them together. He was their “boss” and held a Zoom meeting to discuss how they would split all of their profits evenly. It took only a few hours before both of the boy’s parents let him know that they just wanted to play for the rest of summer and he would be on his own. He was understanding, so quickly took him to the store and helped him buy some supplies to make Christmas ornaments to sell on his own.

Although these things could drive me crazy, I love his passion and determination. He reminds me of Jon and the many stories his mom and dad tell me about when he sold eggs from their chickens, cherries from their tree, raising and selling rabits, and even being a Fuller Brush man at age twelve.

Adoption is a crazy thing. Jordan was not born to me in a physical sense, but he was sent to our home, just the same. There are unseen powers and blessings in our lives that we cannot see. Regardless of how or what you call it, our prayers are powerful and bring blessings. Although I am not a perfect mother, when I prayed to raise a son that I did not have, my Heavenly Father sent Jordan to me, and he is exactly perfect for our family.