A Giant in our City… and much more. 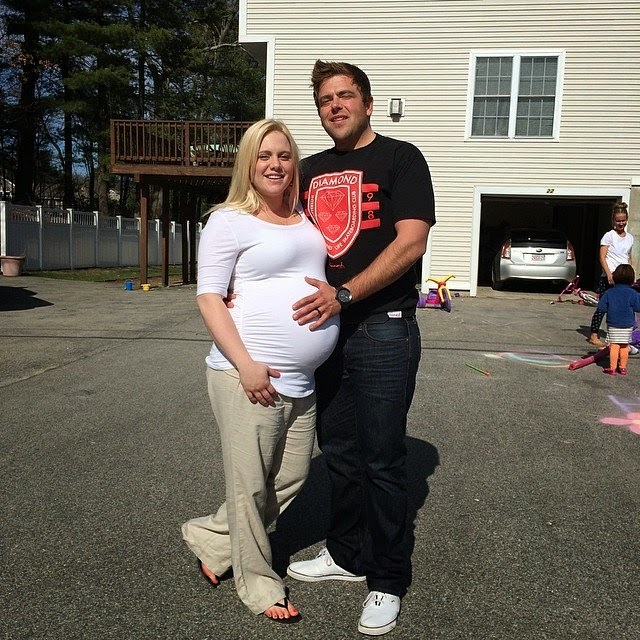 Well, I feel like we are finally settling a bit.

We have lived here for almost SIX months! I can hardly believe it.  I feel like we are where we should be, but there are still so many unknowns.  We are only renting the house that we are in now, as we get our last house for sell.  It is finally ready, and I hope it goes quick.  After that, then I feel like we can decide whether to buy the house we are in, or find somewhere else to settle our home… hopefully for a long time.

Sydney is in Boston, and due very soon!  This will make me a Grandma at 38, but I guess I shouldn’t expect any less with the situation.  I married Jon at twenty or twenty one (I can’t remember!) and Syd was already around.  Then she married young, and became pregnant young… so there you have it – a 38 year old Grandma! Kinley just went to Senior Ball last night, and I can hardly believe how fast time flies!  Okay this picture isn’t at prom, obviously – but see how cute they are? She has big plans to go to UVU this fall.  She has grown into such a beauty, and I couldn’t be more proud.  Estavan is a great guy, and has always treated our family with lots of respect.  They both work hard getting good grades and at their jobs.  Where did the time go? A few weeks ago, we went to general conference in Salt Lake City.  It was a beautiful Spring day.  Jon was in New York on business, which was sad.  I would have gone with him, but I had just returned from Florida at the national Help Me Grow conference.  It was a great trip with lots learned and more plans going forward.  I stayed with Barbara and Karen Hill and enjoyed every minute.  Lizzy just left on a mission and we were able to see her in the airport – mostly on accident – but a convenient slip up, because we were already there leaving to Florida. Today is actually Easter, and it was a beautiful day.  We enjoyed lots of candy and food.  We are all sick with a cold, so we just laid around mostly.  When I began making dinner, Jordan ran in with his chef outfit on ready to help!  He loves to cook or jump in whenever there is any chore to be done.  He’s been struggling a bit in school with his attention, but I feel like mostly it’s because it’s a long day for a barely five year old, and the math is getting too hard for him.  They are now adding and subtracting double digits at the end of kindergarten.  He will redo kindergarten, he went early because he was so bored at home because all of the kids were gone. I’ve been working quite a bit with Thanksgiving Point, getting ready for their gala in August.  I am the chair this year, and we have a lot of work to do.  The golf committee has a lot of great guys on it, including Jeff Rust, that will help me to make this year a success.  The Ashton’s are great, and they made Thanksgiving Point into a non-profit because they can’t fund it forever, so the funds raised are much needed to keep this amazing place open.  The new children’s museum is my favorite, but the tulip festival is amazing as well…along with so many other things. We will be having a giveaway for passes there over on my other blog MyMommyStyle.com starting tomorrow.

Our youtube channel is coming along nicely, lots of work – but so much fun!  Here we interviewed Drew Manning with Fit2Fat2Fit.com.

Mostly, I am juggling a bunch of things – but I don’t know how else to be.  I look like this a lot of days! Last week, Jon and I went to the Jazz game with Mary Crafts-Homer and Rick.  She had tickets to sit on the second row, and it was amazing!  I felt like I was actually in the game, and couldn’t even imagine one of those big dudes falling on me!  They are huge! It was crazy looking up at them and realizing how short I was.  The 100 club also had unbelievable food at half time and a dinner before hand.  They were Josh James tickets, and it was such a fun time! A few days before that, I was invited by Thanksgiving Point to sit at their table in the

“Giant of the City” event, with lots of fun people, including Barbara Barrington Jones.  She is a light to so many people and I always enjoy her.  Mitt Romney spoke, and he was SO great!  Governor Mike Leavitt was honored, and it was a fun event! Basically, I am going back through my facebook to get the latest updates, so if you want to look me up there, I am way to actively involved there…haha and not as much on pink-moss anymore.

Here is that LINK. I’d love to be your friend there!

Have a great Easter!