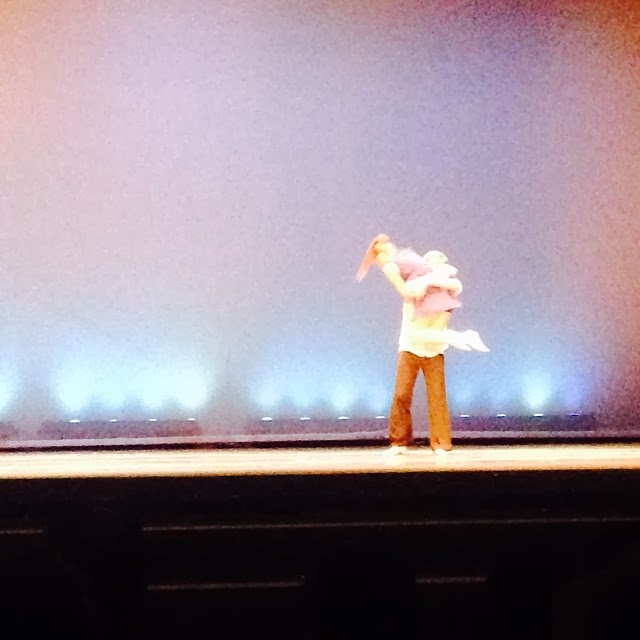 There are times in motherhood when everything just stops, for just a minute, and the emotion of a moment takes you far away, somewhere.  I appreciate these times, because overall, motherhood is fast and sort of a jumbled series of actions, day after day.

Last night, our whole family went to see Whitney perform at her high school Christmas dance concert.  It was an hour and a half long – and she was in six or seven dances.  Let me back up for a moment.  At the beginning of this school year, Whitney decided to change high schools so she could be with Kinley.  She left behind her cheerleading at the last high school, and was too late to try out for the dance team at this school, so she enrolled in just a normal dance class.  True to Whitney’s history, the dance teacher pulled her aside and invited her to be on the dance team – even though it had been underway all summer.  (the same thing that happened with cheer the year before).  She felt so bad leaving the class, but didn’t want to pass up the opportunity to dance to her ability.

Fast forward a few months, she was able to shine last night, and it made us so proud of her.  She still has her tumbling abilities, her ballet grace, and her hip hop moves.  She was chosen to be in this Cabaret Dance, pictured above, and pulled it together in only 3 long practices.  The boy she danced with said that dance practice was way harder than any football practice he had ever been to.  Whitney pretty much beat him up, giving him a fat lip, kicking him in the privates, and much more.  It’s just what happens when you practice multiple lifts, over and over again.

I attempted to take pictures of this dance, especially, because I had been hearing of the struggles to pull it together quickly.  When the music started, I couldn’t dare put the camera or phone in front of my face.  I was mesmerized.  Maybe that’s because I am her mother, and that’s okay.  I watched through tears, as they danced beautifully together.  She was strong, graceful, and breathtaking – a combination that many dancers can never achieve.  It is so hard to be all at the same time.  Luckily they video recorded it so we have record.

Afterward, Jon gave Whitney roses, and I gave one of them to her partner for not dropping her!  He was so sweet and I could tell he felt proud of their job well done. In other news, we are running busy getting ready for the wedding tomorrow.  Ella’s dress didn’t come in the mail, so I get to find one for her the day before.  Jon and I attended the I.r.e.m. Christmas dinner, (pictured below) at the Joseph Smith memorial building.  It was beautiful with all of the Christmas lights! We had our first winter storm a few days ago, and  as you can see – bug and handsome aren’t wasting a minute!  It has been single digit degrees around these parts, and SO cold you want to run inside and drink hot chocolate instead of doing anything else, which isn’t possible. I love this picture of Kinley and Halle.  Halle fell asleep on Kinley’s back while she was massaging her.  I love watching the bond between sisters.  They are so sweet, even after they rip off each other’s heads in a fight, they end up like this more often than not 🙂  Kinley is such a beautiful girl.  She is so helpful with her sisters, and it’s so nice now that she can drive and help me juggle our schedule with so many little ones. The house is coming right along, and after Syd’s wedding tomorrow, we will move our bodies in – along with all the crap we have already taken.  I just can’t wait!!!  It is just in time for Christmas!  I want to place a huge tree right in front of that window in the picture above.

Have a great day!