An Italian Boyfriend for Kinley 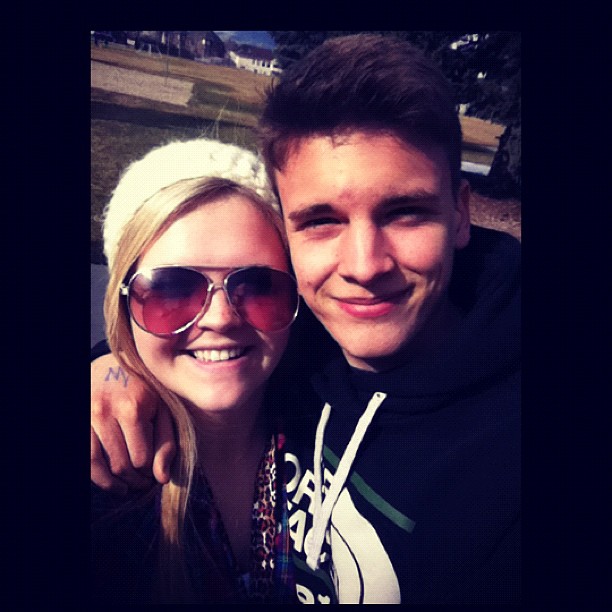 Kinley, my 16 year old, has been dating an Italian boy for the past month or so.  He isn’t just Italian, he is actually from Italy, and only staying here in America for another month.  It has been Kinley’s first serious crush in her high school years, and I do have to say that they are pretty cute together.

They are a hilarious combination, and I laugh daily at the stories she tells me.  It’s funny to be a mom of little ones, and wonder what type of people they will choose to be around as young adults, and then eventually marry.  I can guarantee you, that my vision of her first boy friend wasn’t saying:

“Mrs. Moss, let me show you how to REALLY make spaghetti!”

Oh how the sisters swooned, as he broke apart the garlic cloves, and sautéed them to make the perfect sauce.  In the end, he barely ate it himself – which is part of why it’s so funny he is dating Kinley in the first place.  You see, Kinley LOVES food.  She talks about it, plans for it, and has her favorite treats; while Philipo counts calories to the point of never any sauce or treat, like ever.

So they watch each other in disgust. He is a very smart boy.  He speaks 5 languages (I believe) and never even knew English until he had a tutor a month before he came to America.  He said when he put his papers in, to be an exchange student, he never thought he would end up here.  But now, he is happy he did.

It’s hard to watch them, and know that they both know, that they will most likely never see each other again.  But they have decided to make the best of the time they have together.  They like to play soccer, go to the gym, get slushies, and just be together.  They remind me of a brother and sister, the way they banter back and forth.

It’s crazy to watch my girls get old enough to date.  I swear she was just a toddler, hitting her bedroom door with a toy for hours, because I wouldn’t let her have ice cream.

His accent is very cute, of course – and it’s funny how much attention it’s pulled at school when the girls see who the Italian boy likes.  Once a girl came up to him when he was standing by Kinley, and said, “Show me how they kiss in Italy.” and he leaned over and kissed both of her cheeks, while Kinley watched.  She said she about died, but that she knew Philipo didn’t know that in America, the boyfriend gets decked for this!

One of my favorite comments Kinley has made about her situation was the other day when I said to her, “Kinley, I never thought you’d have an Italian boyfriend.  How has it been?  Do you like it?” and she said, “Yes mom, I love it!  Because whenever I do something really weird or embarrassing, and he asks me if it’s normal in America, I say YES!”