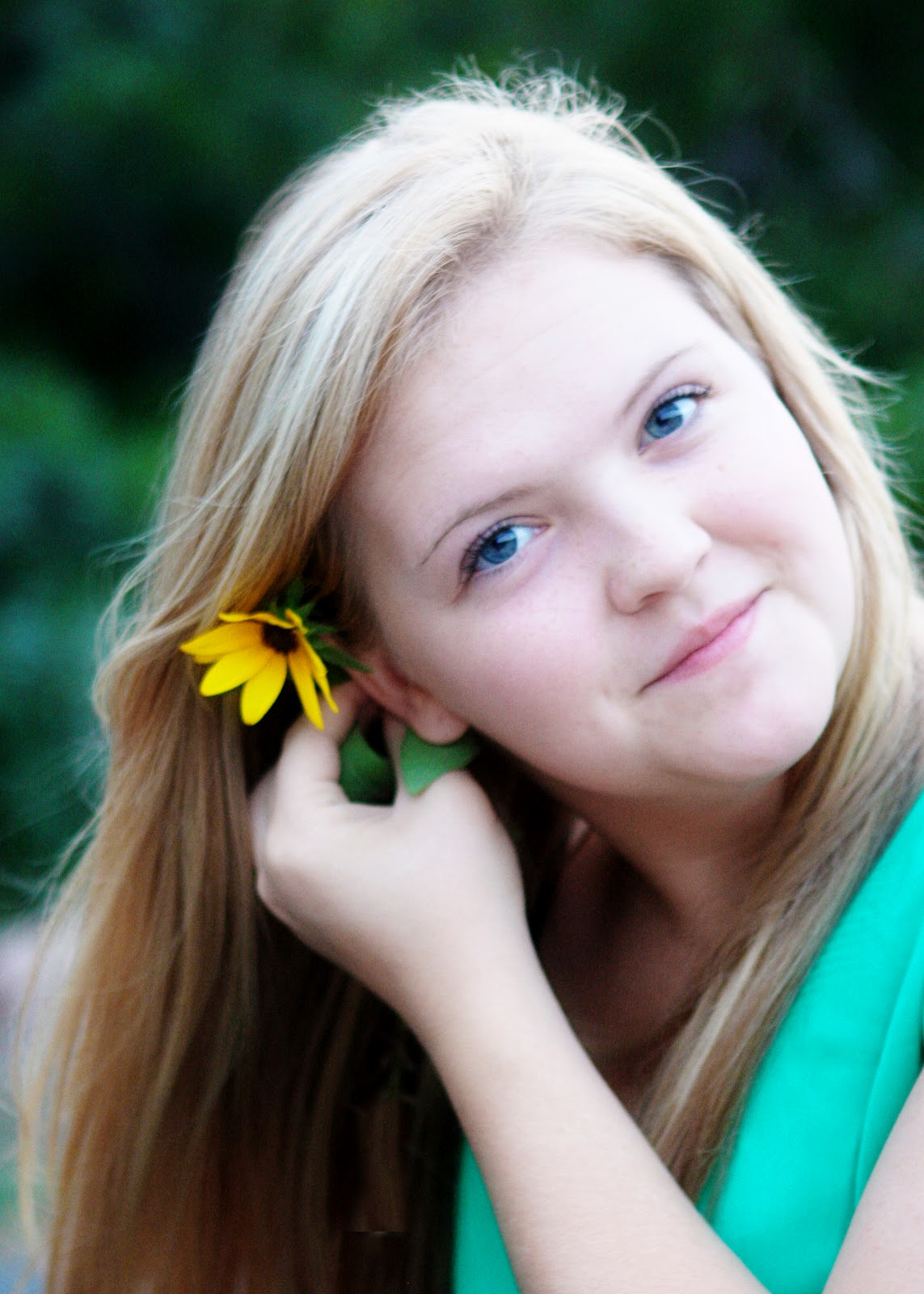 A lot of things can happen in sixteen years.

Heaven knows, a lot has happened in my life the last sixteen years. My daughter Kinley came into this world, ready to make a difference.  She actually had her eyes open when she was born.  She didn’t cry, only looked around with interest in new environment – surrounded by love.

Both of her young Grandmothers were there, because one hadn’t been able to give birth in her lifetime –  having four adopted children of her own – and the other, because it was just weird to leave her out.  I didn’t plan on having any visitors, but in the moment it just felt right… all but the part when I was watching their faces along with my husbands, as I pushed her into this world.  They all had pleasant faces, with a look of wonder – with a lace of shock.  I was only almost twenty one years old at the time, and had spent the previous nine months preparing mostly alone for this birth.

You see, on my wedding day I was pregnant.

My mom and dad didn’t know.  My parents in law didn’t know.   In fact nobody knew, other than Jon and my two roomates in college.  I look back and wonder why I didn’t decide to tell anyone, and my best guess is that I didn’t want people to think that my pregnancy was the reason I was getting married, because it wasn’t.  I had purchased my dress with my mom about six months previous, but just hadn’t taken the final jump into my new life.

Because of my decision to keep Kinley a secret until after I was married, my pregnancy was very hard.  I didn’t have any knowledge about how to take care of my unborn baby.  When I was sick and I didn’t feel like eating, I didn’t, which of course made me even more sick.  I lived in the bathroom, throwing up bile for months, and by the time I was married at four months along, I still fit in my tiny sized dress and weighed 115 pounds.  I decided to call “ask a nurse” after a few months, and was referred several names from a directory that she read me over the phone.  I picked a doctor that actually had a poster of Brad Pitt on the ceiling above the bed in his office.  I remember him telling me that it was an old wives tale, that women’s hips spread when they gave birth – making them larger, and that it wasn’t an excuse to gain weight.  He has since been convicted of tax evasion, and sent to prison. Not that the two have anything to do with each other, but curious.

My wedding went along just fine.  I loved Jon, and his daughter Sydney that would soon be my step daughter.  She had been around from the start.  Jon talked about her constantly, and how much he loved her.  He spoke of wanting a good wife, so she would grow up with a good step mom and know she was loved.  In all truth, there were times that Jon and I weren’t getting along but I loved Syd so much that it helped me be more patient.  Sydney was four when we were married, and a little spit fire.  As she walked down the isle at our wedding with her flower basket, she waited until the end and just dumped all the rose petals on the floor in one big heap.  Syd was never a girlie girl.  She was fast, and fun, and sure of herself.  Not much has changed.

After Jon and I were married, I knew I needed to get up the courage to tell my parents that I was already pregnant, but I kept putting it off because I felt bad for not telling them sooner.  I remember the night Jon and I told both of our parents, like it was yesterday.  Both were shocked, but knew there wasn’t anything to say about it at that point anyway.  I remember showing my mom my now six month developed belly for the first time, and barely unsnapping my jeans to let it free.  After I told people about Kinley, it was as if my body knew it has permission to grow and it did just that.  I gained 60 pounds by the end of my pregnancy, catching up to my previous starting weight and then a lot more.

For whatever reason, that idiot doctor let me go 10 days over my due date.  By this point I had gone running, four wheeling, swinging at the park, and even drank castor oil to get her here.  I still remember how it tasted, because it was the most discusting thing I had ever ingested.  I remember deciding that it wasn’t working, until about 30 minutes had gone by and I heard the most rip roaring, gut wrenching sound I had ever heard.  Alas, no baby – just an afternoon spent in the bathroom.

When I finally started having contractions, it took 24 hours to actually go into active labor.  Jon drove me to the hospital, got me comfortable and left to go get some lunch for us.  As I laid there on the hospital bed, I felt so scared and alone.  I was excited that it would Kinley would finally be born, but I was so nervous.  It was my first baby, and I had nothing to compare it to.  And then, my water broke, right there on the bed, and nobody was there to help me.  I looked around for a nurse call button, and couldn’t find anything.  The tears were finally set free from a place they had been hidden for months, and I cried.  I thought that once that water broke, the baby would come right then and there on the table with a few pushes.  I don’t remember how long I laid there, but eventually Jon walked in with lunch and some roses.  I looked up at him, and he rushed over to hold me.  He ran out to find a nurse, and the real fun began.

As I said before, Kinley was alert.  She was beautiful.  She had dark brown hair, and blue eyes.  They actually had to hold her up in the cold air for a minute so she would cry and clear her lungs.  She just wasn’t scared.  As I look back, I believe that this was a foreshadowing of her personality.  Her kind, sweet spirit was aparent from the very beginning.  She had brought her parents together in a way that nothing else could have.  She was a physical presence that bonded her parents love for each other.  I think she knew that too.  She was already taking part in a plan much bigger than any of us.  I believe that children come to us, and bless our lives, whether through birth, or adoption and even know of their journey they will take.

Kinley grew up fast, relishing in speech right from the beginning.  She spoke the words “ma ma” at FIVE months old, and she hasn’t stopped talking since.  She slept all day, and it was a challenge to get her to wake up even to eat.  She snuggled in the bed beside me for eight months, as Jon and I struggled through the first year of our marriage.  I sang “You are my Sunshine” to her several times a day, and it was true, she was my sunshine.  She was the light of my life.  Sydney and Kinley were so cute together, and it was so fun to see their sisterly bond develop.  They took naps together, ran around in the yard, played with the cat and told each other secrets.

As a young child, Kinley began to test my patience.  I often worried that I wouldn’t be able to handle her as a teenager because of her constant need to be in my face, and her overactive imagination and idea of what telling the truth was.  She defied me because it ws fun, and a challenge.  I once found a CTR ring on her finger that stands for “choose the right” in our church, that was STOLEN from the store.  Or another time I saw her changing in the front yard because she wanted to ride her bike to school in her skirt, and I was worried it would get caught in the spokes.  Or the many times she screamed from her bedroom for hours because she wanted ice cream, or some other random item.  I have wondered if this began because I let her sleep with me for so long, but I will never know.

Today my baby is turning sixteen.  She still retains her characteristics of being wide eyed, enjoying life, calm, a peacemaker, a talker, a story teller (without lying) , and a beautiful daughter that brings people together – just as she did as a baby.  She still doesn’t like to sleep, and comes in my bedroom several times every night to tell us goodnight and she loves us, and to say goodbye in the morning before school unless I’m still sleeping (I had to request that one). She laughs with me, confides in me, tricks me with her sarcasm and wit “because I’m too gullible”, helps with the kids, is careful of helping all around her and finds much happiness in serving special needs children.

Kinley is one of my best friends, one of several children I consider to hold that title.  She is a blessing, and a happy light in all of our lives.

In a few hours, I will be surprising her beyond belief and I am so excited!  She has been sad for several years that she hasn’t had lots of friends because of moving from school to school.  She has always wanted a big 16 birthday party, but knows she wouldn’t have enough people to come.  So Jon and I decided to shock her today, on the first day of school and on her birthday.  At lunch, I have rented a catering company that makes huge snow cones to come to her highschool for lunch time and serve everyone, in exchange for taking wishing her a happy birthday.

She is kind of shy at school…which is so weird to me, but today she will have no choice but to meet people!  So excuse me, as I go get a banner and balloons to attach to the snow cone shack.  We will be surprising her at 12:00…and I am already laughing at her reaction.  I’ll post pictures of the surprise as soon as I can.