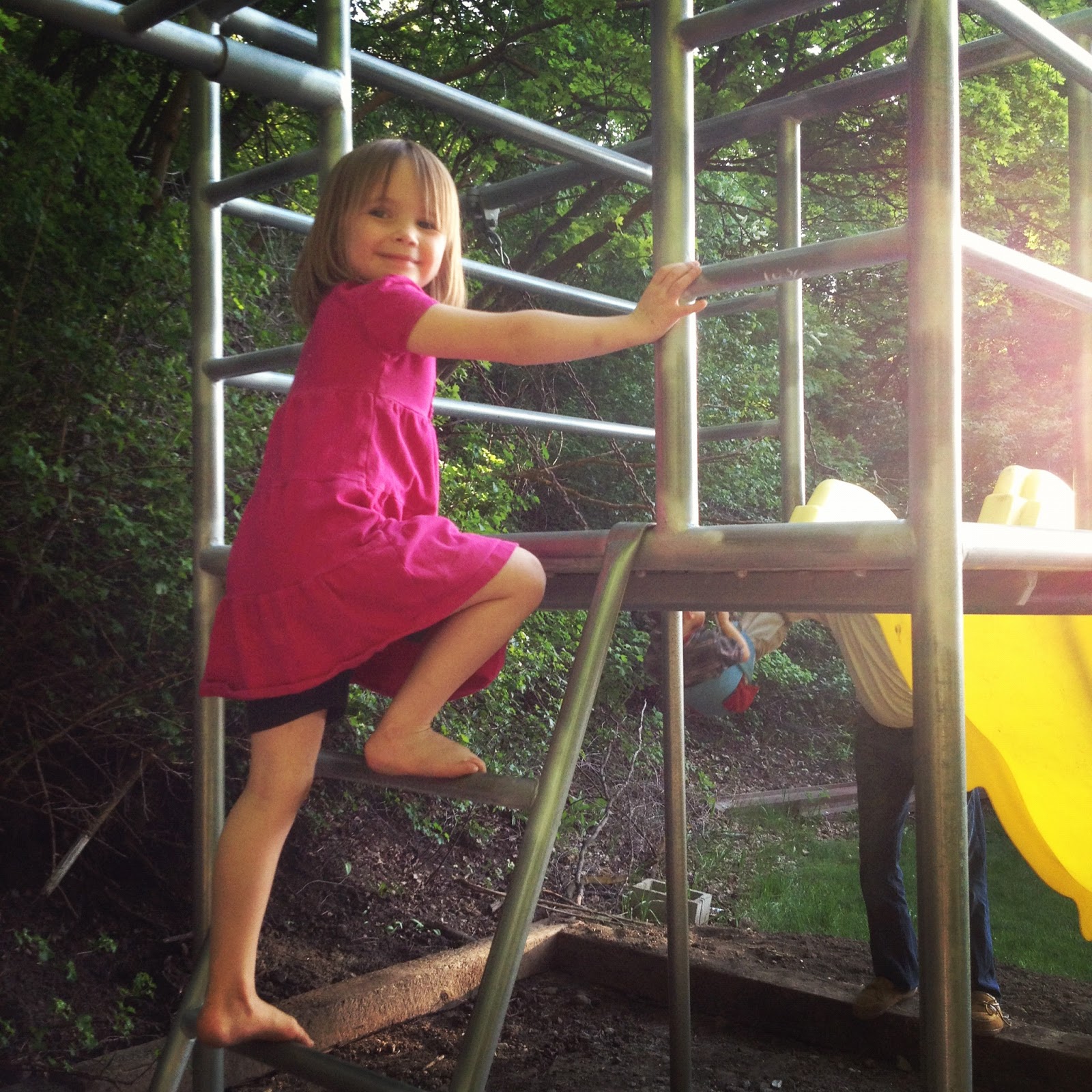 “Jump In Kids! We are Late!

Each child found their way the car, some running and others barely awake.  Church was over, and it was time to visit Na Na’s house for Mother’s Day.  All I wanted for Mother’s Day, was a nap, and I was extremely happy the littles obliged.

Handsome hit the car door with his little body, as he tried to run around it.  Sometimes Often, that happens when his mind and excitement are moving faster than his little legs can carry him.  He bounced off, unaffected, and rounded the corner on his second attempt.  Halle Bug, was seconds behind him, with her unruly hair, and attitude.  Soon the car was filled, and we were off, like a backpack after a long day of school.

“Where are we going mom?” Handsome asked, with a head full of curiosity and crackers.

“Ooooohhhh good! Will Jackson be there?”

“Ooooohhhh will Maddy be there?”

“Oooohhhh will Carter be there?”

“Beeeee Jayyy?” Handsome said it slower, to try and get the right sound out of his mouth.

Little man asks me more questions than I know what to do with.  Jon was the same way, I am told, in his youth.  One of the neighbors actually came over to visit Jon’s parents to politely ask them to “keep Jon at the house, because he was asking so many questions”, he couldn’t get any yard work done.  In my {mothering of many} opinion, I believe that the second you ask a child to stop asking questions – you are asking them to stop thinking.  Plain and simple, they are just doing it out loud.

So, I let him ask – but sometimes it drives everyone crazy that lives within the walls of Pink Moss.

“MOM, can we listen to music?” Halle Bug yelled from the back of my very long white suburban, with a “SHMONAE” on the license plate.

“Noooooooooooooooo Handsome screamed, I WANT A MOVIE! I WANT ALVIN AND THE CHIPMUNKS!” he wailed from his car seat.

“No Buddy, you have watched the chipmunks sing ‘kum ba yah’ my lord, one too many times this week.  It was funny at first, but now I want to reach inside that movie and grab Theodore by the…”

The next 20 miles consisted of Handsome crying, and the other kids yelling at him to shut his trap.  Finally, peace and quiet.  We were able to hear the music, and the kids were all singing along.  All except Handsome that is, he was snoring.  I passed our regular exit in North Salt Lake, and veered off on the exit in Woods Cross, where I went to school a few years ago….ok 19 years ago…. oh my, and took a right, heading up the mountain to my favorite place on earth – Bountiful.  First though, I had a stop I needed to make.

“MOM, where are you going?”

“Just over here for a minute.” I mumbled

“Just to Mc Donalds.” I squeaked, tail between my legs (not Jordan’s kind of tail) Oh maybe I didn’t tell you yet, but the other day when Jordan was going to the bathroom he said, ‘mama, I just push my tail down, so no pee gets on the seat!’ and I just looked at him with a blank stare, and then bust out laughing.  No, I didn’t teach him that he was the proud owner of a tail between his legs, he just figured that one for himself.  Smart Boy.

“…….” I hate it when I have to talk my kids into sinning. So with no response, of course their sentiment was repeated.

“MOM IT’S SUNDAY! WE NEVER BUY THINGS ON SUNDAY. OUR PRIMARY TEACHER TOLD US, AND YOU TOLD US.”

I’m not sure what else they said, because at that point I found it beneficial to tune them out, and sin in peace.

“Can I take your order mam?” the Mc Donalds boy scratchily said from the speaker.  I hate it when they call me mam, I mean, I know they are being respectful and all, but wait until you see hearing aids in my ears, until then I’m not a ‘mam’.

“….. we’ve never had someone order four!” and I was thinking, this IS Bountiful right?  I grew up here, I know they have big families here….it is UTAH after all.

“ok, thanks for your order.”

I pulled up to pick up my order, and the girl sticks her head out of her red and yellow greasy prison, and says, “what are you going to do with four salads?”  and I thought, “Can’t a girl sin in peace?”

and then I let the beans spill…. all over the drive through.

“Well, It’s Mother’s Day you see – and I’m a mother – and I figure that if I forget, or don’t want to make a salad for the family party, that Ronald would be kind enough to help out with that.”

The girl just looked at me, and bust out laughing – and gave me a high fiver.  I pulled forward, and realized that there was NO WAY I was fitting through that blasted 1970’s drive through that was no doubt, built for a station wagon, and not Big White. I heard that guy that was going to give me my food yell, “Hey mam, you might need to pull in your mirrors.”

I looked outside and realized the extend a mirrors were still out from when Jon pulled the boat on Saturday for Kinley’s dance.  I reached out, struggling to keep my foot on the brake and pulled those bad boys in.  I inched forward again….”MAM, YOU MIGHT NEED TO PULL THOSE MIRRORS IN.”

The boys eyes grew huge, and he helped maneuver me through the drive through, barely clearing by an inch on either side.  “OK, thanks.  Can you pull over there for a bit?  We have to remake the salads.” And before I could respond, he was gone.  Now I am not quite sure what they were doing in there, but I am pretty sure they had to run across the street to Smiths and but some chicken to cook up for my FOUR salads, because by the time he got back, I was almost asleep.

Seven minutes later we were at my parents house.  How do I know it was seven?  Because I timed it every day coming from school when I was not a “mam”.  Up through the trees and rolling hills, looking out across the Great Salt Lake, over the creek, and down into my childhood haven.  My home.  “Get out kids!”

And, once again, I felt like a teenager, trying to sneak out – or sneak in, in this case with my FOUR McDonald’s salads, that I bought on a Sunday.  It was Mother’s Day after all, and MY mother didn’t teach me that it was okay to buy something from Ronald on Sunday either.

“What are you going to do mom?” Whitney asked.

“You are going to cover for me, and I’ll hurry past to get a bowl.  I’ll meet you in the dining room.”

So, up the stairs we went – gave my mom a hug and a kiss on the way inside, with the blaring bags hung low, and rounded the corner in the log cabin style home, through the kitchen and into the dining room.  The trusty bowl was sitting right in the cupboard where I knew it would be, just waiting to make friends.  I grabbed it, and popped open each salad and mixed it all around, like a pro chef.  I was feeling really culinary, as Whitney sat and giggled.  For a minute there, I thought about what I might be teaching her, then my chest swelled as I realized I was teaching her resourcefulness.

We calmly walked back into the kitchen and presented our masterpiece.  My mom looked at the salad, and said, “mmmmmm, THAT looks good!”  and I felt proud of my ingenuity, but as Whitney shook with internal laughters, I couldn’t hold in my big secret any longer.

“well I forgot to go to the store well I didn’t forget but I was so busy with soccer and the end of the school year and kids and homework and well I think I didn’t mean to forget I remembered over and over but i never went to the store and so we went to the McDonald’s and picked up some lettuce and stuff there.”

I just couldn’t lie anymore.  Every bite on Mother’s Day would have tasted bad.  Well, I guess I didn’t lie, but I was thinking about it, and that was enough to know that I couldn’t lie to my mother ON Mother’s Day.

And we continued readying for our feast…. until my dad said, “Well, there is no propane in the grill, so we are going to have to go buy some, or use the George Foreman.  They decided on George, and I was once again grateful for Ronald.  Eventually, we sat to eat our amazing dinner.  The southwest grilled chicken salad was a hit for everyone, even Cringer (yes like He-man) the dog, when Dave put it on the ground and accidentally put one leg of his chair in the salad. – because there wasn’t enough room on the table.

I guess that’s what you get when you buy salad at Mc Donalds on Mother’s Day.  You get to, don’t get seconds. Now THAT’S what I call a Grandma! I wrote this for my mom on Mother’s Day.

What a beautiful lady.