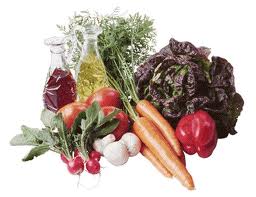 So here’s the thing.

I am an official Juicer.  What is that you ask?  It is what someone does when they are completely serious about figuring out their health issues.  Since I started my journey concerning this a few months ago, I have learned a lot.  I have found that hormones have a lot to do with how a human body works.  I have gathered every determined bone in my body to perfect the art of swallowing pills.  I have gradually gained back energy and strength.  Yes, I am most definitely on the path to recovery.

Next stop on this bumpy road?  My diet.  Now that I feel strong enough to make it through the day,

I need to tackle what I put into this body of mine.  While I was in Hawaii, Jon and I watched a video called “Fat, Sick, and Nearly Dead”, on netflix.  I was told it would change my life, but I didn’t quite get how much.  Let’s just say that Jon and I decided to jump on the juicing band wagon, when we got back home.  I would recommend it to anyone, whether you want to juice or not. Last night, Mr. Jon came home with an impressive looking box, and $180 dollars in fruits and veggies.  “My Land!  (I don’t really say my land) Where do you expect me to put all of this?!”  He shrugged his shoulders, and began ripping open the box like it was Christmas.  Piece after awkward piece, he unloaded the tightly packed Styrofoam bedding.  I think he was ecstatic to finally have an excuse to buy something that was labeled, in big red letters across the box “AS SEEN ON T.V.”  I always get a kick out of those infomercials, but not Jon.  He watches them intently, as if graded at the end.

Next thing I know, we are both chopping every veggie and fruit known to man, looking much like “Edward Scissor Hands”.  Strawberry greens were a flyin’, asparagus jumping back out of the juicer like it was really scared, “oooooooooo” I screeched, “Don’t put THAT in there too!” as the carrots took their plunge, purple cabbage made the whole bowl turn a bright beautiful hue, oranges joined in on the fun, the broccoli and cauliflower were a little annoying to get in, but the spinach made up for it.

I will use the crock pot and the juicer to cook every meal!” I giggled, and it was obvious that Mr. Jon was extremely proud of his green, tree hugging, fingers.  Yes indeed, he not only brought home the bacon, he filled my kitchen with healthy goodness.   The bananas were the most stubborn, plugging up the party, like some people I know.  Come to find out, banana’s don’t have any juice in them..go figure.  I guess they only like to visit the blender, so we made a deal.  If banana promised to sweeten up this collage of healthiness, we would wait to add him until later. We were having so much fun, we didn’t even notice that the whole thing was plugged, and juice started spilling out the sides, like a chocolate fountain gone wrong.  We also realized that juicing isn’t cheap.  We plowed through so many veggies and fruits, that I will most likely have to shop more than once a month.  Next thing I know, the juicer stopped procuring the juice, so we looked at each other, with big eyes, and peered inside.  Yes, it was most assuredly, plugged.  We disassembled the whole darn contraption, and washed every part.

“But Jon, we need to have some juice for tomorrow…” I whined with an expectant look on my face.

(I was really enjoying myself) “Okay!  Let’s do it again!”  We put my new friend back together, and made more.  We added grapes, whole apples, and more, until the motor stopped.  This drink would be the healthiest EVER made, of that we were sure!

“Yep.  I think we wore the thing out already.”

We decided that it was time to taste our concoction.  Jon poured two big glasses to the rim, handed me one and said, “Bottoms up!”  We clinked our dinner-in-a-cup together and tipped them back, and I’m telling you, it was something like poly juice potion from Harry Potter.  You know the drinks they ingest with a piece of hair in them, to turn into another person? Yep, that.  It looked like that, and I am pretty sure it tasted like that too.

The first thing that dropped into my mouth, was a chunk of asparagus, (you know the veggie that makes your pee smell bad) and we decided that maybe adding some lemon would help, so we squeezed some of that in as well. Let’s just say, it wasn’t a milk shake.  It was more like liquid garden, and fruit trees, all mixed up together.  I decided that it was a really good thing that I have forced myself to take pills the past few months, because I drank my dinner the same way.  Head back, throat wide open, with no chance of tasting anything.  I think I noticed the broccoli the most.  He was stubborn, and wanted to show off.

“MOM, what is THAT drink in the fridge?” they spotted the hard stuff, hiding behind the apple juice.  “That’s mine and dad’s.  You don’t want any.”  And when I described what they were missing, they agreed that they weren’t missing much. So, my friends, if you are wondering what my plan is…here you go!

10 days of eating raw fruits and Veggies, AND juicing or making smoothies of just fruits and veggies.

And there you have it.  I may die.  If you want to jump on the bandwagon, I am officially starting April 1st, but sneaking in a few prep days before.  Yesterday I jumped on the elliptical for 30 minutes, and jogged/walked for 30 minutes.

Do you have any amazing juice recipes you want to share?  They are all over the Internet, but it would be nice to save some time trying them all.