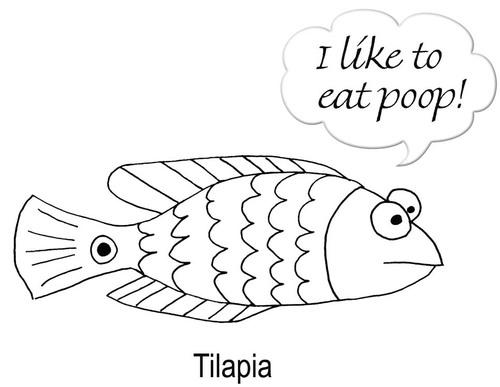 I was about eight when my utter loathing for fish began. “Mom, what are we having for dinner?”

“We are going to have a special chicken that  I just bought from the man at the door.”

My mom could never lie.

If I ever wanted to know what I was getting for Christmas, I would go through my list of calculated possibilities and ask pointed questions about each.

“Is it a record player?”

“Ummmm…..Janae, stop asking me questions about your presents.”

And that was it.  I had my answer.  My mom is the most honest person I have ever known.  She couldn’t bring herself to say “no” to the correct guess without a least a side grin smirk or changing the subject.

“SO, what kind of good chicken is it?”

“ok.”  I took a pathetic nibble of the edge of my fork when the dinner was done.

“MOM, THIS IS FISH!”  She knew I hated fish.  I hated the smell, the look of it, and especially my mental pictures of the slimy thing flopping around somewhere on a boat with really wide open fearful eyes, taking in it’s final few breaths.

“Alright, just make yourself a sandwich then.”

I get a wild hair tonight to make fish.  I walk into the kitchen, right into the heart of madness at dinner time.  Kids are trying to sneak crackers from the cupboard, the sponge bob is blaring on the TV, there are half eaten Valentines chocolates on the counter that someone had hidden.

“Alright kids, it’s time for dinner.  Everyone clean up.”

“Fish.”  I knew there was no reason to sugar coat it.  No special delivery of this sentence would conjure up a better reaction.

I grinned, unaffected by their threats of barfing.  If I could learn to like fish, well, so could they.  I pulled out the frozen bag of Talapia and started reading the directions on the back of the bag.  It didn’t look too bad. I placed some tin foil on a cooking sheet and laid out the fish, and dumped some mango spicy sauce on top.  Jon walked in.

“Making fish.” I said with a puffed up proud chest.

Now what kind of question was that anyway?

“Well, because it is dinner time.”  I acted as if this were a normal cause for making dinner.  He looked like he was going to bust out laughing,  and thought different.  To his better judgement, he decided to be “overwhelmingly impressed that I was attempting to cook such a thing.”  Maybe because of nights like THIS

I looked up after focusing on the meal for about 10 minutes and realized that ALL of the kids were gone.  They had all disappeared.  Nobody was begging for dinner.  No one.  I heard some little mouse child back in the pantry and saw Whitney sneaking a can of Spaghettio’s.  She had a blanket over her head, as if this would keep her clear of my attack.  She didn’t say a word and went straight to her work.  After she made her dinner, she snuck past me and ate it.

Now this is my question.  WHY in the world haven’t I tried to make fish before now?  It was peaceful and quiet, instead of crazy kids swarming the table.  I ran upstairs and told Jon that

“THIS is our chance to have a dinner alone.  Hurry!”

He came downstairs and we started to eat in peace for the first time in years.

Finally Jordan came and sat down for some food, but instead of eating it he kept serving the green beans and potatoes.  He busied himself with the salt and pepper shaker, dumping grotesque amounts all over his food.  Brighton sat down and made a face, but didn’t dare say anything.  Ella made it to the table eventually and just teared up.  She didn’t want to offend me, but looked like she was about to be forced to ingest a June Bug.

“Why are you crying?” Jon asked.

“Then why are there tears in your eyes?”

“Well, because maybe it just is spicy.”

“Ok, but you need to try at least one bite.”

I see her take a bite and watched the tears roll down her face.  Brighton put potatoes on her plate and just sat looking at Ella.  Jordan was oblivious to the battle ground that was about to take place.

Jon made his big eyed face and started to taunt.

“Knock it off DAD!” yelled Brighton

Jon was laughing and enjoying his dinner entertainment.  Jon loves any excuse to join the kids in their antics.  Brighton was half amused with her dad for teasing the person she usually teased, and half ready to spring in her defense.  I put my head between my hands and tried to ignore the banter.  Next thing I know, I came unglued.

Brighton “Stay out of it!”

Jon grinned and winked.  Brighton decided to go to bed instead of eat dinner, after I puller her arm up the stairs for talking back and she threatened to “tell people I abuse her”.  Ella chose to go to bed instead of eat dinner, because she couldn’t stop crying.  And my dinner was almost ready to come back up.  I left and sat by the salt water fish tank and played “Plants Vs. Zombies” because that is what I do when I am really stressed.  I smelled corn dogs roasting in the microwave and heard cold cereal being poured into glass bowls.  Jon came to their rescue.  Gotta love a dad that understands fish loathing.

So here I sit now blogging.  Remind me, why do us mom’s try and cook dinner? I burnt myself on the fish pan, I am already hungry because I ate so dang healthy, and my kids ended up being filled with sugar and carbs. Next time I’m breaking out the mac n’ cheese and tater tots.  What could I expect anyway?  I was 35 when I decided to force myself to like fish, why would they like it as kids?

Tomorrow I am going to Costco to buy Halibut so Jon and I can eat alone in peace.  And my friends, right when I was ready to post this, Jon walked in with two cadburry eggs.  TWO.