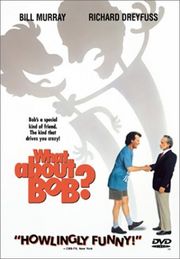 I know life isn’t as bad as I feel like it is right now, in fact, I’m sure it’s not.

How embarrassing.  I had the mirena removed last week, and I feel like I am going crazy.  Not because the mirena was good for me, but because the sudden drop in huge amounts of estrogen is sending me into an emotional tail spin.

I planned on it taking some time to even out.  I am just impatient to feel like myself again.  Poor Jon.  I feel bad for him, because he doesn’t know quite what to do.  I am always the happy one, lifting everyone around me, as best as I can anyway.  At the same time, I am quite sure that a lot of the stress I have endured over the years, has been because of decisions he has made.  Not intentional of course, but still with consequence.

The doctor said stress is hard on the natural balance of hormones, so there you have it.  Add a half dozen kids, several births, businesses, and well…just life.  We all go through it in one way or another.

I actually feel like I am Dr.  Leo Marvin from one of my favorite movies “What about Bob?”.  Have you ever seen it?  If not, stop whatever you are doing and go rent a copy.  It is funny.  Really funny.  Except maybe for the fact that Jon would be “Bob” in the movie, that has issues, and I would  be the emotionally stable doctor that tries to help him.  In the end, the doctor is crazy and Bob is sane.  He works so hard trying to teach Bob how to be calm, and take baby steps…that he looses all control of his reality. Eventually trying to kill Bob, with a bomb.

Dr. Leo Marvin: You understand, don’t you? There’s no other solution. You won’t go away.

Bob Wiley: I will.

Dr. Leo Marvin: No, you won’t. You’re just *saying* you will! But then, after I don’t kill you, you’ll show up again. And you’ll do something else to make everyone in my life think you are wonderful and I’m a schmuck. But I’m not a schmuck, Bob, and I’m not going to let you breeze into town and take my family away from me, just because you’re crazy enough to be *fun*

This is how I feel today.  I helped Jon though all the crazy years, until he is remarkably mentally healthy, and I look at him and feel insane.  It is rather funny… kind of.  I don’t even feel like going to the office, or anywhere for that matter because, I don’t want to break down in tears.  I was in the bathroom this morning, when Jon was ready to leave.  He had already gone to his car and I had said goodbye for the day.

Next thing I know, he shows up and walks back into the bathroom.  I couldn’t figure out what he was doing, but I was trying to fit into some pants that fit last week, so it didn’t matter.  Next thing I know, music is blaring.  For me.  Jon knows that when all else fails, music doesn’t.

He grinned, and said, “The eighties rock music CD isn’t working, but here is a love song from the 90’s.”  He rushed up, in a hurry for work, and kissed me on the forehead.

Isn’t that what marriage is all about?  Supporting each other when we feel week?  I keep waiting for him to not want me anymore, because I feel so tired and depressed right now.  It’s a lot of pressure knowing that he is hoping for me to feel better. I am trying, I am.  I can’t wait for the bio-identical hormones to arrive in the mail.  Something needs to even out the madness until my body can do it on it’s own.

I was talking to another soccer mom a few days ago that went through the same treatment.  She said that after being used to her body making no testosterone, when she took it she

I asked her what she meant, and she said, “You know, a boy that is turned on by everything.”  “ohhhhh…” and I thought, this can’t be all bad… no wonder it is a controlled substance!    Then she said, “I had to lower the dose, because everything and everyone was looking attractive!”

“Scary…., well if I am hitting on you in Saint George at the soccer tournament in a few days, you will know why!” I said with a smirk.

So I am bracing myself!

In the meantime, I am reminded that it is because we are messing with my hormones that I feel this way, and in a few weeks or months I will feel better.

Until then, just call me Leo.

(and I am working on my site and OHHHH NOOOOO, I just went to respond to comments and they are erased!! I know there was one asking for advice on what kind of doctor to see for hormones.  I would call Dr. Jones 801-576-1155.  If you don’t live in the area, ask they what referral they would give you, or what to look for.  It is rarely covered by insurance, and not cheap.  I figure, either I cough it up now, or when I have diabetes or something else horrible. I would rather be pro-active 🙂 even if it makes me crazy!)