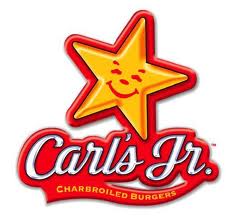 So I’ve learned over the past several days that I am not only a social eater, but I have also become an emotional eater.  I think this is one of the ways I have copped with the stress of the past year.  I have been pretty stressed out waiting for my doctor’s visits, and most of my personal control has gone out the window.

I finally made it to the Doctor’s office yesterday.  Can I just try and tell you how much relief it brought me.  I have felt like I am crazy.  I have felt helpless, and hopeless.  It was so nice to meet a man that GOT it.  It’s no wonder he is such a busy guy.  He was great at listening to my concerns, and could explain what was going on.

He had me fill out a packet of questions before I came to the office.  The first thing he addressed was the fact that I was on the Mirena.  Can I just say that after I heard him explain the side effects of the Mirena, I wanted to find the person that developed it and kill them?  Ok, I am being a little harsh.  I guess the hormone IUD, works well for about 35% of the people that try it.  It lessens their period, or stops it all together (which is the reason I tried it). But, for the remaining 65%, it causes on an average of 15-20 pounds of weight gain.  Hmmmm, go figure!! The reason this happens is because it stops your thyroid from working.  It slows it down to the point that you gain weight.  Combine this with the fact that depression makes you (me) want to eat more, and you are just messed up all together.  He said in Europe they think we are crazy for putting the Mirena in our bodies for that reason.  They use the copper IUD because there are no hormones.  Because there are no hormones in the IUD, nobody can patent in and make money.  BUT, in the Mirena they can.  People are making a killing on it.

I wanted to run out of the office in that minute and get it removed, but I have to wait.

Second problem?  He says that my hormones were out of balance before I got the IUD, and that is why I was having such a long period.  Too low of Progesterone causes fibroids (that also cause bleeding).  Excessive bleeding causes anemia (which I have also dealt with).  When I told him I was at a “3” he said that was almost dead.  It’s no wonder I have felt so tired.  Low iron causes exactly what I figured from my reading.  “Restless Leg Syndrome” which I have BAD, shortness of breath, fatigue…etc.

HERE is a link to a lot more side effects of Low Progesterone.  I encourage you to check it out!  I can’t wait to get hep with more than one of these symptoms!

Estrogen levels are also something that needed to be looked at.  Hereis some info on that.  I  will soon be headed to the dr. to get my blood tested, but first he wants me to also test my urine for acidity levels and he ordered me to “eat as many carbs as you can for three days, and then get your blood tested.”

He is asking me to eat all the breads, pastas, and cereals I can eat?  When I heard that, I thought he was crazy until I realized that he was testing me for a wheat intolerance.  So, I am sure I will gain more weight before I drop it, because he won’t let me get out the IUD yet either.  He is trying to find out all the levels before we start changing things.  I guess I need to look forward to the time that I start dropping.

I went to the gym today and got a heck of a work out.  But I feel frustrated knowing that my body won’t be able to utilize it as it would have before.  He said that after I get my hormone levels evened out, I will not only drop the weight, but will be able to keep it off.  Well, enough of that today…I am off to eat as many carbs as I can…haha Doctor’s orders!!

Oh, and here is a picture of me at the gym today. I had to get a spray tan, because I am pretty white in the winter time.

Oh, and he said that the TWO worst foods that are from the DEVIL that none of us should eat EVER are: (my two favorites)

FRENCH FRIES and SODA POP.  OK, of course I knew this, but I didn’t realize how bad it was!  He said french fries are basically sugar dipped in oil.  (carbs=sugar) you know.  Also he said that something like 70% of kids only get potato’s for veggies each week.  That is scary.  No wonder we are all fat and getting cancer.  I’ll keep you updated, but in the mean time I’ll be running tests. When we were on the way to the Dr. yesterday, all the kids were in the car waiting for me because we were on our way up to my parent’s house for my sister in law’s birthday party.  They were starving,

(or so they said) so, and begged for chicken nuggets from Carl’s Junior.

*Yes, I am telling this story RIGHT after I told you how bad children are getting fed*

We pulled up to the microphone and I was distracted, thinking of the upcoming Dr. visit.

“Um yep, I was wondering how many nuggets you have?”

“Ummm in the combo meals?”

I heard him laugh in the microphone, and then I realized how bad it sounded. I tried to act cool, and didn’t break.  He may interpret this in the wrong way, but that’s not how I meant it.

“Great, and what size is your package?”

oh crap….I couldn’t hold it in any more.  I really didn’t mean to sound so grotesque.  I also knew at this point that Kinley was trying to hold in a laugh and I couldn’t restrain any more.  I turned to Kinley and said,

and then she laughed, and I died laughing… and much to my dismay, Whitney and Brighton even had horrified looks on their precious little faces.

What do I say?

The hormone doctor did say that my memory is affected by out of whack hormones.  Does making an idiot out of myself count as well?