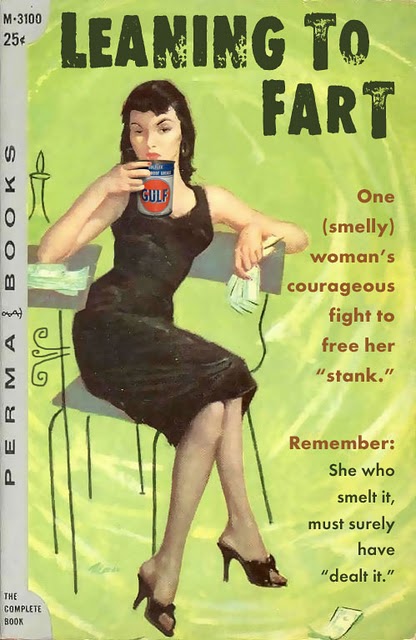 It was a freezing blustery night tonight.

Power lines have been blown down, causing major power outages across the state and 100 year old trees have been uprooted from the sheer force of the winds bombarding the Wasatch front.  Snow was predicted, but so far all I have noticed is the size of my goosebumps as I load kids in and out of the car.  My hair swirls around me like a witch producing a potion.

I was excited to take my family to “The Forgotten Carols”, a play written by Michael McLean.  It was the 20th anniversary, and I purchased tickets about a month and a half previous.  Jon, and the four older girls all piled into the Suburban and we made the trip to Utah Valley University.  It took a total of about 10 minutes.  Luckily we found a parking lot close by the building, because we practically ran inside in order to get out of the ice biting winds.  On the way in I actually saw Whitney and Brighton holding hands and skipping.  I should have kept my mouth shut like an adult, but I couldn’t help myself.

“WOW! WHO IS THAT HOLDING HANDS AND SKIPPING?! ARE THOSE MY DAUGHTERS?”

That was all it took for them to look at each other as Whitney yelled back, “MOM, you always have to ruin it!” The pushed each other away and stomped off in different directions.  It’s ok, it made me feel good to get out some of my frustration with them always fighting, even at their expense.

The second we entered the building it started.

“It’s a concert I think.  He sings and plays the piano I have heard.”

“You didn’t have to come, I brought you because you are lucky.”

“Why didn’t Halle and Jordan have to come?”

“Because they are too young…”

and it continued until we made it to the front of the will call line.

“Hmmm, we don’t have any tickets for a Moss.  Would it be under anything else?”

We load up on goodies to replace our uncooked dinner that wasn’t prepared by their unprepared mom.  Hot dogs, churros, and a smoothie.  It all looked great in theory, I was starving.  We heft up all our four food groups into the indoor concert seating as we try to find where our tickets are located.

“Excuse me mam..” Jon says in his sweet voice “Where are these seats?”

She points, UP.  So we start walking no, stair stepping up to the top of the bleachers.  Not kind of the top, the actual top and the voices start again.

“Sheesh Janae, did you get the worst seats in the place?”

Jon jokes as he ascends the stairs quickly running out of breath.  The stage below grew smaller and smaller as we must have broken the sound barrier that hovered above us previously.  I figured light traveled faster than sound, so at least the Christmas lights on the tree would look pretty even if the noises from the actors mouths were delayed.

“Jon, I wanted to still be able to buy you a Christmas present and if I would have bought the 30 dollar tickets for all of us, that would have been it!”  He just smiled that smile that meant, I’m not going to stop teasing you about this for a while.  Then the kids started.

“Mom, the bleachers are swaying when we move! I am getting sick!” and they were.

We were so stinkin’ high, they were actually moving as we leaned to pass the popcorn and snacks.  Finally the lights dimmed and we started to settle in for the show.  Every crinkle of paper and bump of the chairs in front of us made me cringe.  I hate distracting people during spiritual/holiday cheer sorts of stuff and we were the worst offense.  I looked down the row with each disturbance and tried to give my most mean crusty I could muster.  I don’t think Jon got the hint, because all he kept doing was passing me more food.  I think he thought I was hungry.  That must be the face I make when I am hungry…?

And then, it was quiet.  Just for a moment, until Brighton decided she needed to go to the bathroom.  Now, we were on the 20 millionth row remember, so she and Jon basically had to repel to the bottom.  It was quiet for a minute when they were gone, and then they brought back dip n dots.  It’s no wonder I struggle to eat healthy around this man.

I gave him a disgusted look, and turned to watch the show.  Next thing I know, he passed down his left overs.  What do I do?  I take a bite.  It was about this time that my stomach was majorly protesting.  It hurt.  The pressure was almost too much to handle.  I have never been one to hold down too much nasty foods at once without getting sick.

The song being sung was sweet, spiritual and reflective.

All I could do was reflect on all that I shouldn’t have eaten, because I couldn’t sit up straight.

AND THEN I FARTED.

YES, you read that right.  I actually was so sick, that flippin’ gas pushed it’s way right out of wherever it was being held ransom and made it’s appearance to the world from the back row.  The place it should have stayed.  The place my farts always stay because I have complete control, because farting is gross.  My kids aren’t allowed to fart without having to sit on the stairs, and here I FART in the middle of the most quiet part of the most spiritual song I’ve ever heard in my life about a mother that wasn’t able to have her own baby, but that she would take care of others babies.

It was too much for me to handle.  Really.  Have you ever had to laugh SO hard that it rocks your very soul and it sends belly racking motions like tidal waves through your entire being?  And it ALWAYS happens when you are supposed to be reverent, like in church…but that is when the funniest things happen?  Ya, that’s how it was and I lost complete control of myself.  It was an out of body experience as I glanced down and saw the couple in front of me laugh and lean forward.  The girl sitting next to them actually turned around and stared me down, as if she were disgusted (whatever) Hasn’t she ever farted?  People like that always claim that

Everyone farts.  We were made to fart.  Just not in a situation where your butt is eye level with the person sitting in front of you.  That is out of boundaries.  That is most definitely a penalty.  That is prerequisite for expulsion from the game.

I turned to Kinley and put my hand on my face and started to jiggle laugh.  Laugh so hard the benches started a swayin’  Whitney was on my left, and she heard it.  She heard the whole thing.  Her eyes were huge and she was horrified.  How would you feel as a 13 year old girl if your mom just farted in the boys face in front of you?

My eyes were huge, tears were running down my face and I started to pee.  It was just too much.  After 5 babies, I am a complete wreck when I jump on the trampoline or, or, or…laugh too hard.  Don’t worry yourselves, it didn’t ALL come out, but enough to make me wish I had a depends on.

Then I truly lost it.  I am not kidding, there WASN’T A NOISE in the whole event center and I was OUT OF CONTROL.  I made kind of a guttural sound as I tried helplessly to hold in my laughter.  I was being tortured.  Tortured by my own lack of self control and resistance to the OH so funny.  Kinley and Whitney were laughing by me and my high heeled boot slid across the metal bump textured floor, causing even more noise.  Kinley started fake coughing in a pathetic attempt to cover my misconduct.

Luckily it was almost intermission.  As the lights flipped on, I jumped up and grabbed Ella’s hand and drug her to the bathroom.  The line was at least 50 deep and all we could do was wait.  I leaned over to let Ella in on my little secret “Ella, Mommy is having some issues and I might be in the bathroom for a while.  Just wait by the sinks for me.  Don’t go out in the busy hall without me.” So looked up with knowing eyes and a crooked smile.

FINALLY it was my turn.

My turn to what?  I was confused myself.  I have only used a public restroom for these sorts of things …MAYBE once or twice.  That special occasion is usually saved for home.  Home is where YOUR toilet is right?!

It’s a good thing I made it because I barely did.

All that food made me completely sick and poor Ella just stood there as people came in and out with their mommies in a timely manner.  I could hear the other moms from my stall.

“Honey, do you need help with the soap dispenser?”

“You can have my stall cutie, I am done.”

Poor Ella fought off the wolves and just looked at me when I finally emerged from my stall of death.  She helped me with the soap dispenser, because I couldn’t figure it out and she had had plenty of practice.  And then, we made it all the way back to our seats.  I had all the kids scoot down so I could sit by Jon and lean my head on his shoulder.

He was cracking up at me.  He does that a lot for whatever reason.  Last week he almost busted a gut when I fell out of the bed.  *yes this is true* and this week it was something else I can’t remember right now.  He always tells me that “This is why I love you. You make me laugh.”  So really he is saying that he is deeply in love with me, has 7 children with me, and has devoted his whole self to me because I am a hopeless idiot.

It’s a good thing we were sitting in that back row.