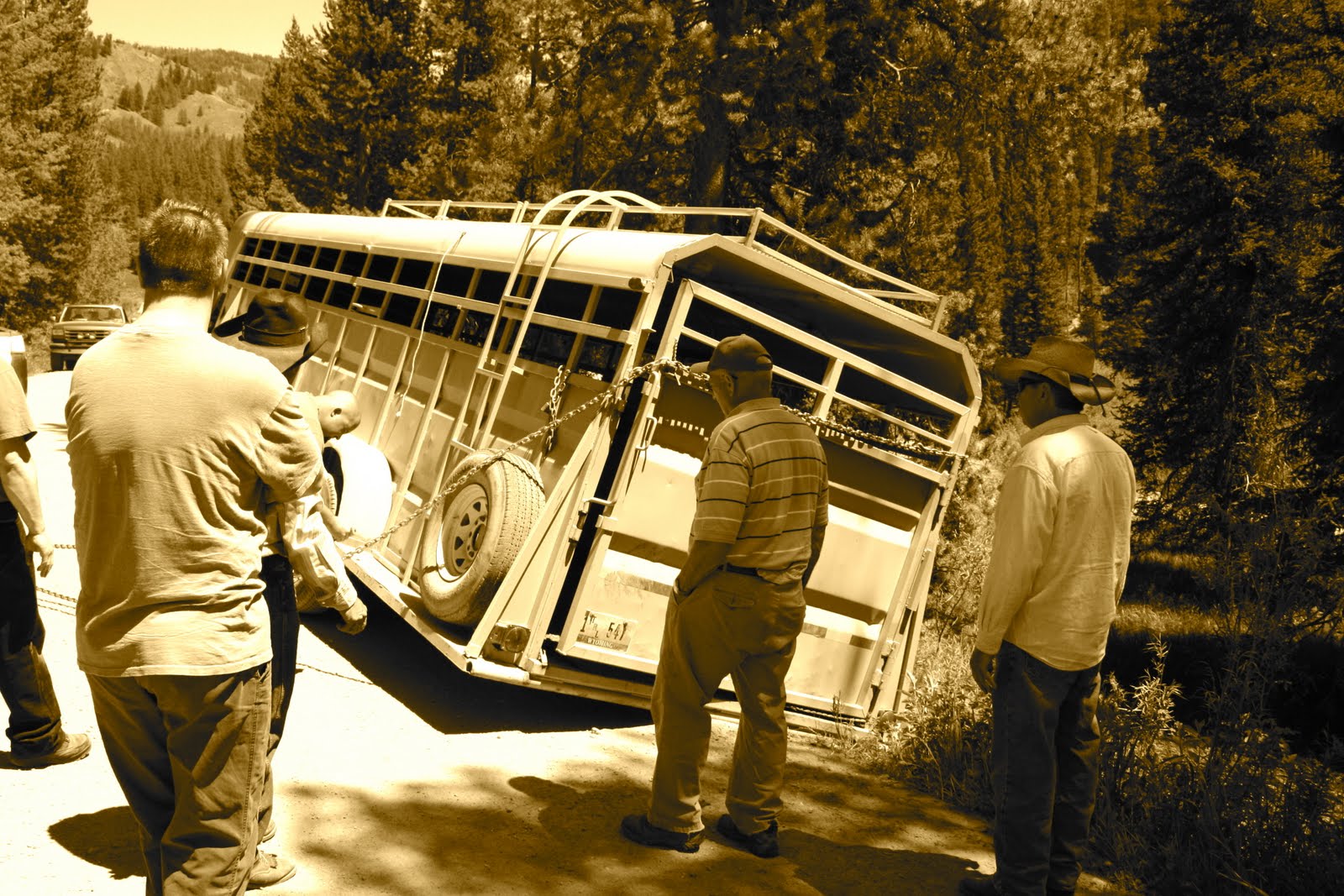 The first time I pulled out my camera at our cabin over the fourth of July was when we were headed up to our picnic spot up Greys River Road.  We were enjoying a beautiful drive, marveling at how high the river was compared to previous years.  The roads are pretty narrow in some spots, and such was the case for this trailer.  We had passed them and they saw that there were a few more cars coming, so they tried to scoot over too close to the edge.

Unfortunately the weeds made it look like the road was wider than it was and their trailer filled with beautiful horses began to fall off the edge. Being the proactive, jack of all trades, helpful Jon, he jumped out and ran to the back of our car and pulled out chains.  The horses were all looking out the windows of the trailer on the road side, luckily smart enough to lean so they wouldn’t roll off the drop. If they had spooked, all of them would have tumbled off and either died or been hurt bad enough that they would have had to put them down.

They all decided that the faster they could unload the poor horses, the better.

Jon headed back to the trailer and wrapped his chains around it and through a tree to try and stabilize it, and I’m telling you…I dont’ know HOW that trailer didn’t pull the truck off the edge.  They were super lucky!  Lot’s of people stopped and helped out however they could. In the end, they hooked up their truck to another one in front of them and supported the trailer with the chains.  They drug it back onto the road and reloaded all those horses.  Is it just me, or does Jon look a bit like Rambo in this picture? He is my Rambo, man my man always saves the day!

I am splitting up this 4th of July cabin trip into a few separate posts because it is taking me forever to load the pictures!