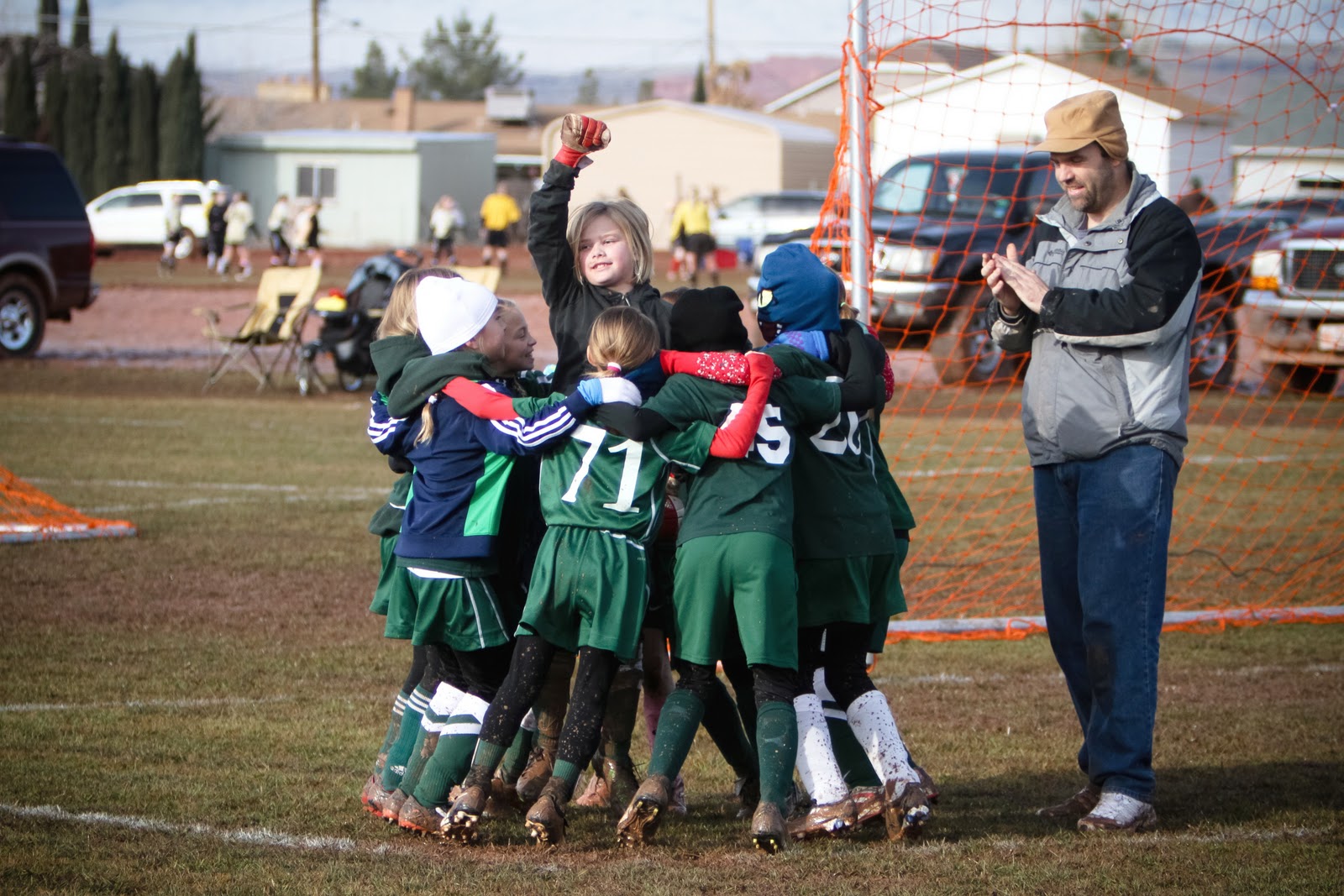 My brain is SO ready for a break and I am beginning to pack for my travels today to the Caribbean.  I need to make some music play lists with just the perfect music …”soul meets body” by death cab for cutie, and “Rhythm of Love” by Plain White T’s comes to mind first…

But for now, I will leave you with this picture of Sprite on her Soccer day tournament a few weeks ago.  It was held in Saint George which would usually be the hottest place in Utah, but for whatever reason it was the wettest.  Hundreds of cars were slippin’ and a sliddin’ around in the red mud in the parking lot that would normally yield dust.

It was a crazy site and none came out clean.

Bright was covered head to toe and the cars were caked with mud. The air was freezing and the wind was blowing so hard, it was hitting Sprite in the face sideways.  The whole family watched from inside the car as every one’s umbrella’s blew backwards and threatened to carry them to OZ.

It was quite the site…but worth the watch.

The team did great and I couldn’t be more proud of them!

Spirte did a great job playing goalie again…man it is hard to watch because all eyes are on your daughter to ultimately save or loose the game when she is the only one that can stop them from scoring!

While we weren’t on the field, we were in the swimming pool at the motel.  They LOVED it and I have never laughed so hard as when I watched Handsome try to get the guts to jump into the pool.  He wanted to SO bad but was so nervous he would squat WAY down almost until his bum touched the cement, start swinging his arms and then hold them back like a super hero.  His face was all twisted into sort of a monkey looking face …and then we would count, one, two, THREE!

And he would jump…and even let his face go under water.

and again…he would have never stopped if I didn’t make him and Noo and I were laughing to hard at his reaction, we didn’t want to stop either!  I wish more than anything we could have had it on video.  Hopefully he will do it again this summer when we go boating or swimming.

Bug also loved to swim and paddled around forever in her little floaties and Monkey, Sprite, Noo, and even I swam and swam.  I began a game of Marco Polo that ended up involving the whole pool!  Hubster and I often joke that we don’t need to go anywhere for a vacation.  We could just rent a room in our own city and let them swim for a week!

SO off to the cruise am I….more like off to pack for everyone.

I may be gone until next week and I may relax by blogging…I am not sure.