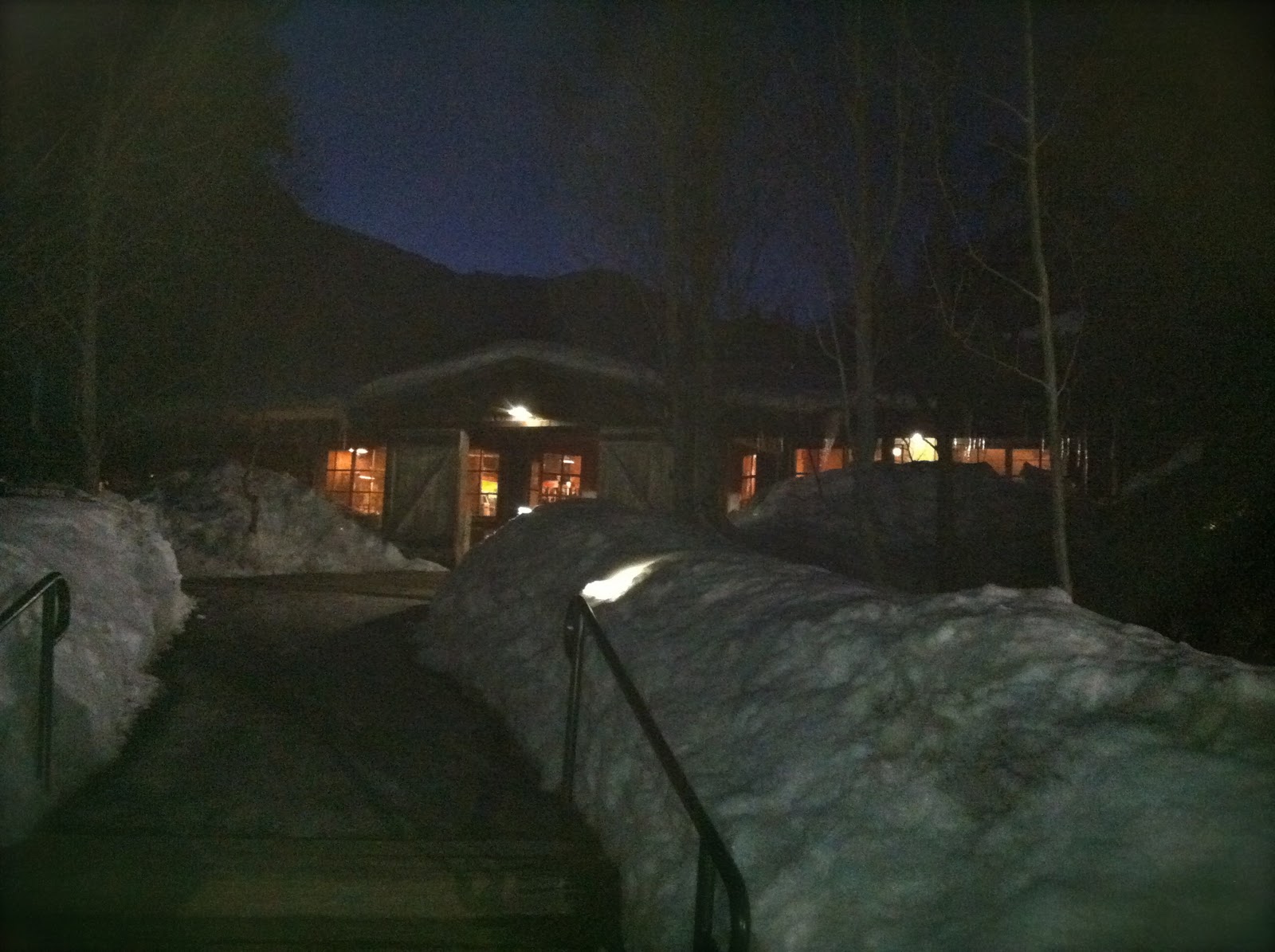 Last night Jon and I visited Sundance, the place we fell in love.

After he let me know he had a child and I thought it would be rude to change my mind about agreeing to a date, we began our courtship.  The first time we went anywhere together, we went to a horrible movie about teenage partying guys on a football team and he was obviously relating pretty well with the story line.  This didn’t turn me off really but I thought he had moved on from that scene.  I wrote in my journal that he was spoiled rotten and that I didn’t think there was any chance for getting closer.

The next time he asked me out, it was to go four wheeling at the sand dunes, which was right up my alley.  We went with one of his friends Rick, so he would have more help loading everything.  When we were there we also went skeet shooting, which I had never done but loved.

I grew up “hunting” with my dad.  I never shot anything but my camera, but I loved hiking outdoors and feeling like I was tracking something.  I learned that Jon hadn’t been given his brand new truck and things he had, but that he had earned it himself.  He was looking more promising all the time.

On our third date… we went to Sundance.  I had no idea what it was, but my roommate let me know that I needed to dress up for the occasion so I went to Mervyns *a super high end store* {not} and bought the best outfit a girl could get on my first credit card. It was a cream soft jacket that was made out of a sort soft cushy fabric, with matching cream leggings.  We spent time getting to know each other and I could tell I was falling.  We ate in the Tree Room at Sundance, which was a beautiful setting, so warm and cozy.  We both ordered the peppered steak with mango sauce and coconut shrimp.  I let him know that I didn’t like shrimp, but he insisted and as soon as I tasted it I realized I had missed out on something great.  Obviously not everyone prepares shrimp as well as the Tree Room.

We sat by a crackling fire and enjoyed every minute…that is until he got the bill.

“Mmmmm, that was good!” I said

“Man that must have been like fifty bucks!  Thanks for the amazing meal!” says I.

He looked up from signing his name on the receipt almost as if to say, “are you serious?”  I think he thought I was kidding, but I wasn’t.

I could tell he was either smirking at my comment, or trying to let me think I was right.  I leaned over and grabbed the receipt from him and saw the total.  I shouldn’t have, but my curiosity got the better of me.

I obviously wasn’t worried I would offend him.

“It’s just that I spend that much in a month for my food budget in college!” and it was true.

“well don’t BARF, that would be a waste of a good meal and money.”

My dad, to this day claims that Jon ruined me.  I was proud of the fact that I didn’t expect a lot and I didn’t.  It might be true, he spoiled me….but I am still just as satisfied with a really great deli sandwich.

Our fourth date was on a plane ride with Jon’s cousin…little did I know that it wouldn’t be the last time he would get me into one of those little planes.

Well last night, we sat at the same restaurant eating almost the same dinner and sitting in almost the same place.  We reflected on all that had happened in the past 17 and a half years we had known each other.  I have now been with Jon, as long as I wasn’t and in 17 more years our kids will all be gone.  It feels like it’s been about 5 years, but the experiences we have had together have been intense for 15. 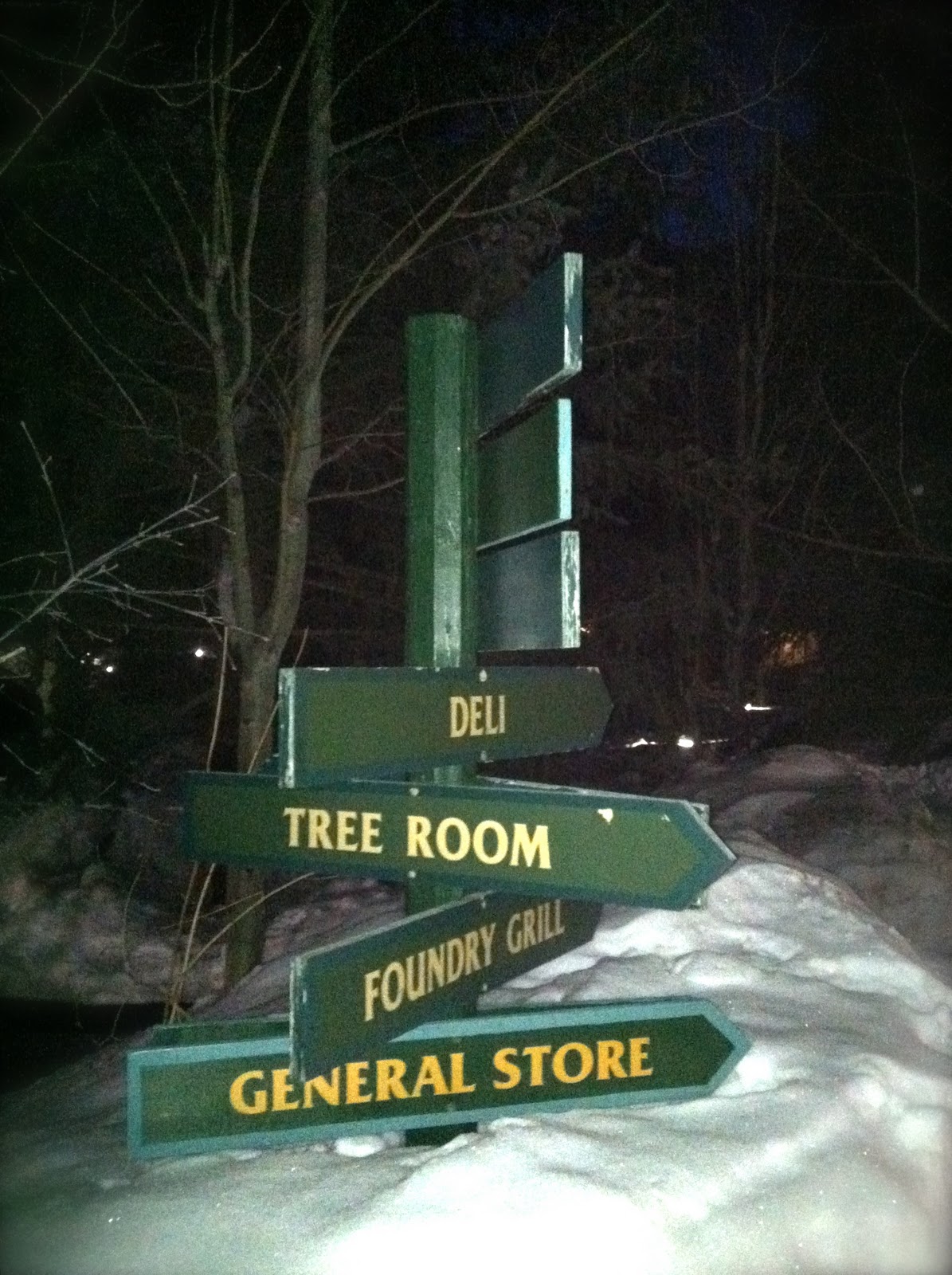 the great part about it is that parts of us have changed, and other parts are a lot the same. 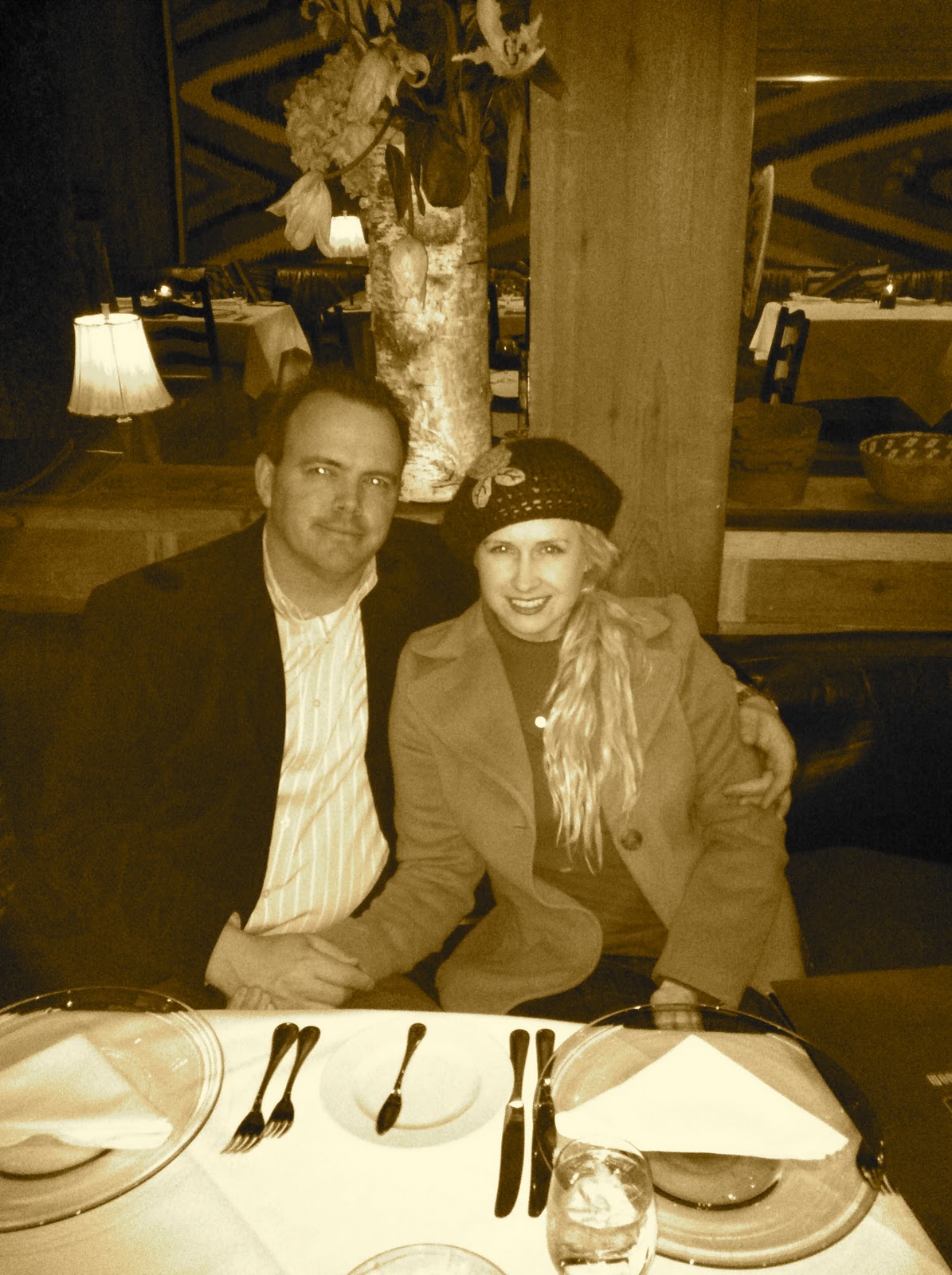 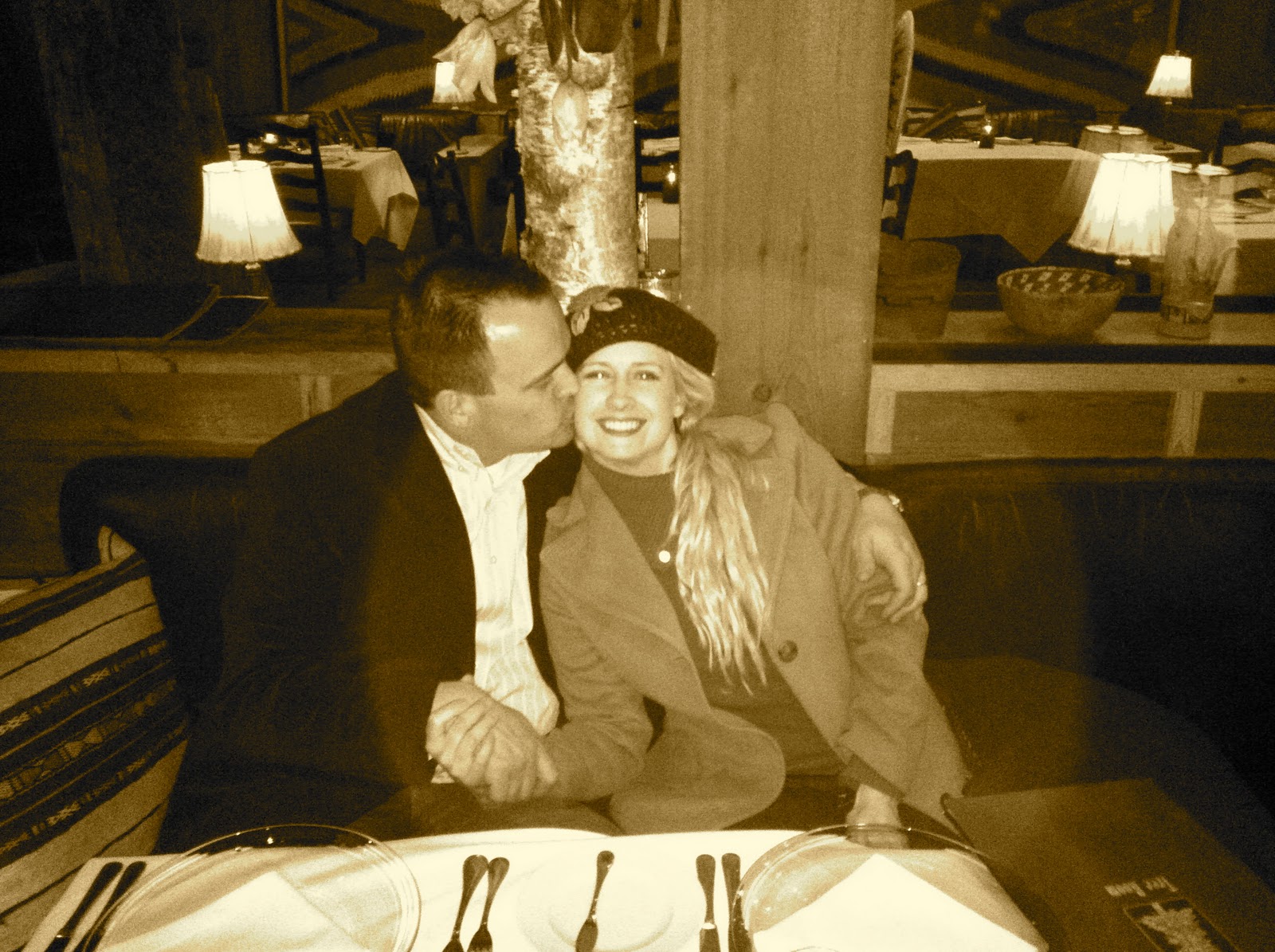 After we had dated about two months, Jon threw a party at Sundance for Halloween and rented a huge cabin.  He invited lots of friends and it was a great time. He had recently bought me a polo shirt *which wasn’t my style* but I wore it anyway to the party to make him happy.  It was red and I thought it was cute that he picked it out for me.

When we walked in, we saw his friend Jared.  We had been boating with him and it was nice to see someone I already knew.  Jared reached down and to my collar…I had no idea what he was doing, and pulled out the cardboard collar stiffener in my shirt with a big roaring gut busting laughter that Jared is so good at.

I was so embarrassed, but laughed too.

Later that night Jon kissed me for the first time.

I can still remember the look on his face…a HUGE smile that he gets when he is REALLY happy.  Only a few things bring that kind of happiness to his face and this was one of them.

Snowmobiling seems to have the same effect when he is jumping high in the air.

I guess that is why I tell Jon that like with him is like being on the back of his snowmobile.  I never know when he will accelerate, turn, or jump!

To have another meal at Sundance in 15 years.

Who knows what they will bring, but we are both in it together…whatever comes our way.