I’ve earned the right to pull into a gas station in my sorrel boots, black with white polka doted pajama pants, too small of a sweatshirt, without a much needed bra.

I’ve earned the right by the age of 35 to feel confident in myself enough to care less what the guy in the Camaro thinks with the booming stereo and nice rims.

I’ve earned the right to be calm under extreme car washing pressure, even when my four year old swore she could “hold it” until we were done.

I have also earned the right to calmly tell Monkey to put a diaper on her so she could pee and I could keep vacuuming.

You see, I used to care more as a younger mother what everyone thought of me and my decisions, but something wonderful happens at about my age.  I earned the right to not give a flying crap.

It’s actually pretty freeing although I have always been a free spirit.  Over the years I’ve learned to trust myself even though it’s not how my neighbor might do things.

*that wasn’t from today, or this week even*

I simply made a snarl face and threw it away and picked the long vacuum hose back up.  I vacuumed on my merry way as I glanced over to see Bug’s big eyes and worried face as she did something she hadn’t in a long time.

Pee in a diaper.

I pleasantly grinned as if all was normal and well, because it was.  You see, I’ve earned that perspective.  I’ve been the stressed out mom trying to find a bathroom at the most inconvenient times, and now my KIDS worry if they don’t time their potties right.

I finished up vacuuming the whole kid infested car after three rounds of quarters, and right when I was ready to pull into the wash bay, a man cut me off and wiggled his way inside.  So I stared him down for fun…I’ve earned that right.  As a teenager I would have smiled and waved but I gave him the look of death

It felt good and I was free, and when we got home I made spaghetti again for the zillionth time, because I wanted to.  Soon I made the twins strip down because it’s easier than washing clothes.  I don’t like bibs, I’m not sure why..probably because you have to wash those too and I’m never done with my trough of laundry.

And that’s when I realized that the diaper Bug had peed into was indeed the same diaper that noo noo stuck her gum in on the way to dance {and guess what} I didn’t care.  and I still don’t care.  I tried to pull it off for a bit and it wasn’t a comin’, so I stopped because I’ve earned that right.

I choose not to be upset, it will come off eventually.  Possibly in the bath tonight, and possibly on her clothes tomorrow and possibly when summer comes and the chlorine gets to it good and right.

Either way, I am good.

Thirty-five is a beautiful age.  It’s the age you are completely confident in yourself as a woman and really get for the first time the kind of influence and power you have on those around you.  The saying really is true, “If momma ain’t happy, ain’t nobody happy.”

Did I just make that up?

I have also learned the right to take care of my body, or to be completely lazy…either way it’s my choice.  I have chosen to emotional eat for the past 6 months and  I gained 15 pounds,

And now my friends, it is time for me to loose the 15 pounds I have gained so that when summer time comes, I want to get onto my boat.  {My blue baby}  In my blue swimsuit, under the blue sky, swimming in the blue water and drink blue koolaid.

I started Monday following a healthy diet again and also picked a work out routine to do each day.  I have to be really strict to get fast results or I give up…very little carb, white meats, veggies and salad.  I can’t walk because I’m out of shape, but I enjoyed every kernel of popcorn.

I’ll just have to let Ben and Jerry know that we need to break up.

It might be ugly but those two never leave you alone once you snuggle up with them at night on the couch. They are very possessive and are even joined at your hips if you let them. 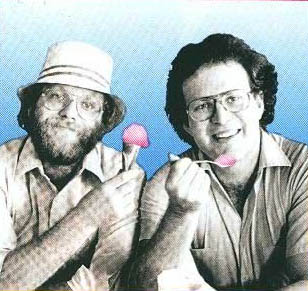 The workout routine is KILLER and I have only done it three days.  I have a goal to loose 15 pounds and have lost 4.  Water weight always comes off first ya know.

If you want to jump in with me, I will track my progress every 10 days and let you know how it’s going.  The workout routine I am using is THIS and I love it.  The goal is 90 days and it puts me finished toward the middle of May, just in time for summer!!!

{There is no reason I can’t loose 15 pounds and be tone in that amount of time,

I’ve done it before}

If you buy the same CD’s I did, you will also get a chart to record weight, measurements, and food.  If not, you could track it on your own and let me know how you are doing when I give an update.  It will be a way to keep each other going, because you’ve earned the right to decide that it’s your time to loose that last 15 or whatever it may be.

remember, you’ve earned the right to decide to be healthy and happy.