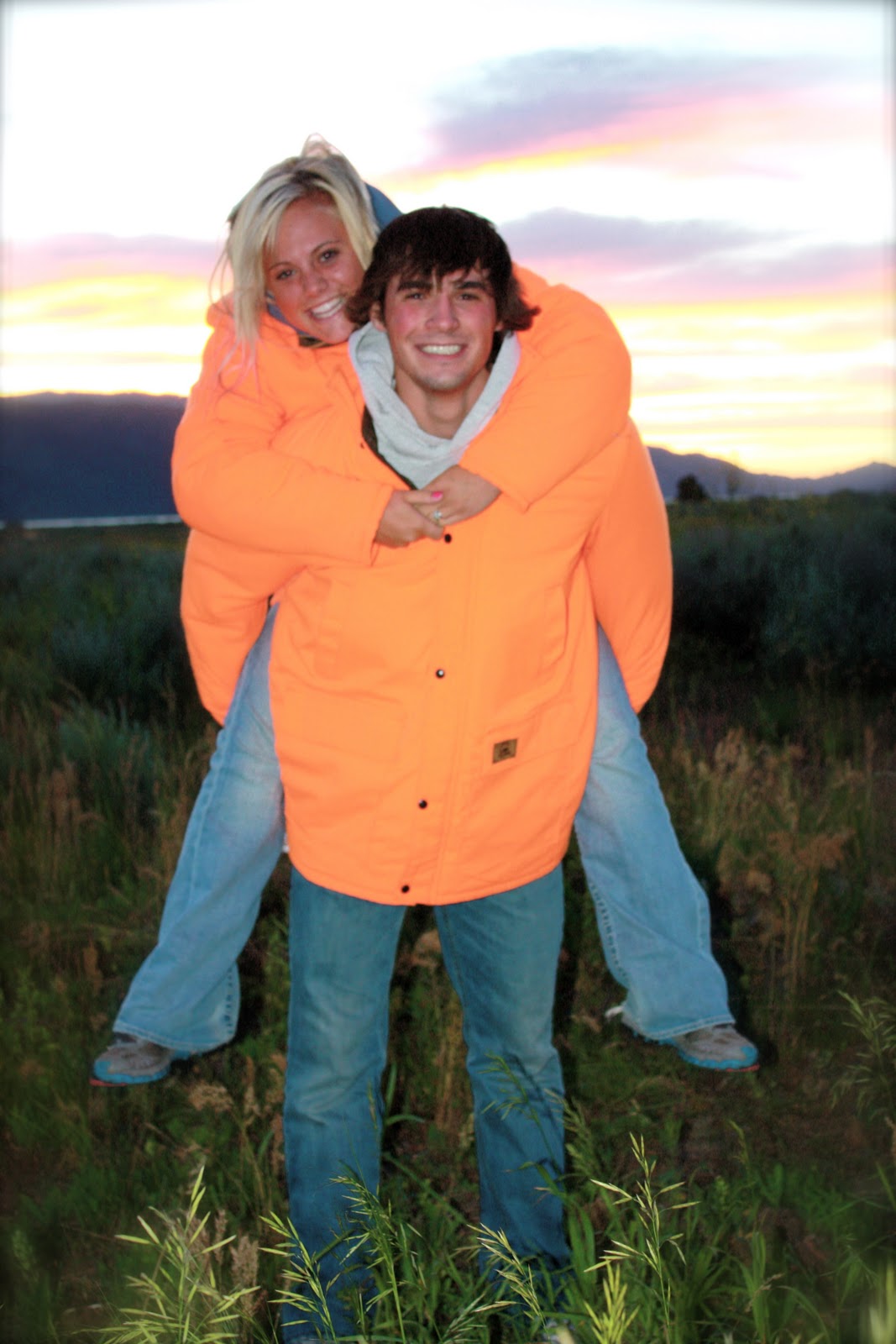 So much has happened so fast lately I can hardly keep up.

Eventually I will get to the Christmas pictures…eventually.  I make no promises until after this wedding happens Saturday.  Every time I think I am done, I think of something else.  I have so many great people helping plan the day, it will work out just fine.  Rachael Bushman is doing a great job putting together a lot of details that I haven’t had time for and I have other people helping set stuff up that day so I can focus on pictures with the kids and their unruly hair.

It is really quite comical how much time and money I am spending on this crazy snowflake idea of mine…but I just couldn’t help it.  The event coordinator for the building loved the idea because she has a creative brain like I do, but poor Rachael helping me put together the details of the idea…hmmm sorry Rachael.  Really, it will be spectacular!  I can’t wait!  Just think, 300 balloons with snowflakes attached floating around the room under a drop ceiling of white fabric and white lights.

Yes, whimsical…not really practical, but who does that surprise that knows me?

Can I let one more teeny tiny detail slip?

OK OK, I guess I will share.  It can’t all be a surprise right?

We are giving rides in a carriage pulled by beautiful horses!

It looks like Cinderella’s white carriage and I think all of the little girls will just die to get their photo taken in it.  Rooz will ride away in it after the reception is over…at least until they get to their warm car that is.  It is FREEEEEZING in these parts lately.

Anyway, enough of blowing surprises.  I still have some tricks up my sleeve, but we will save those a few days for the people that are coming to the reception. I never had a second to mention a very special day that happened in December because everything was so crazy.

We are part of an organization called Corporate Alliance that is a business networking group. The business model is awesome because their theory is to focus on relationships first and the business connections will follow.

It is the same way Little Jon has always done business naturally so the concept fit well with him.  He loves helping other people with their businesses and making friends.  The only problem is that there aren’t enough hours in the day to help everyone.  He has also gotten a lot of ideas from others as he has sat and brainstormed with them.

Corporate Alliance has *I think* at least 2,000 members.  At the end of the year they have people nominate others in the organization that they believe had stood out and helped other people.  The ones that made a lot of connections and went above and beyond to work their model.  (I am obviously not explaining this very eloquently…)

Jon was one of 10 people recognized.

I was very proud and especially proud of how professional he sounded on the video they made of the people being highlighted.  I can’t remember Jon’s exact words but he basically said something like,

“Serve people around you and in a business setting.  If you serve, you will be rewarded in business.”

Usually I help Jon say things but this time he said it better than I am.  I wish I had a copy of the video.  I was very proud of him and his hard work.  It was interesting because when he went in for the on camera interview he had written a paper with everything he wanted to say on it and somehow he lost it.  He searched and searched all of his pockets and finally gave up.  He gave his interview and afterward found the paper in the first pocket he checked.

He believes he was supposed to loose it because it came out a lot more smooth and from the heart when he was able to just talk.

It was quite possibly the cutest thing I have ever heard.

One of them anyway…

He had followed Little Jon into four different rooms saying night time prayers with the kids and must have figured out what was going on by the time he got to Bug’s room.  I walked in just in time to join in.  Little Jon offered the prayer and as we were standing up Handsome said,

“uhh, Honey, I think he wants to say a prayer…”

So we all knelt back down and folded our arms.  It went something like this:

And so  it went the entire prayer.

He would repeat everything I said and then giggle afterward.  It was also cute because he has a little raspy voice right now from all the screaming he does when he doesn’t get his way.  He is working on this little issue.  The tantrums are getting shorter and less often.  The funny part is that now after he yells and figures out that we are annoyed with all the racket he will look at us and say,

With the biggest brown apologetic eyes.

Yes he means sorry. It is so stinkin’ cute I forgive him for whatever freak out he might have just had.  He will give him a big hug and I talk to him about what had gone wrong.  He tries to repeat it back to me and uses his hands in explaining himself.

It is pretty darling.

His talking has progressed at an amazing pace.  The girls all work with him all day and he loves to read books with me and LOVES to wrestle with his dad.  They wrestle pretty hard…I am not used to this boy rough housing thing.

The higher Little Jon throws him on the bed the louder he laughs.

The faster he tickles him the higher the pitch of squeal.

The longer he plays, the more they sweat.

His new word is Chocolate milk

and he won’t stop saying it for obvious reasons.

I am in survival mode.  Sometimes I am so busy it’s eye blurring and other times I am so overwhelmed I just sit.  If I could keep a constant even, It would be good for me.

I have been processing our life and the changes taking place all around us.  I can’t share all the details yet, but eventually I will.  Jon has given me the go ahead to tell our WHOLE story.  I know you have no idea what I am talking about but there are parts I have left out to protect the innocent *or guilty*.

I told him I couldn’t start on this until after the wedding.  I need all of my brain power right now and concentration on staying calm happy and ready for the big day Saturday.  You have no idea about all of the extreme emotions that will be swooshing through the wedding ceremony. Let’s just say that Rooz’s family doesn’t love us, in fact they don’t even want us there.

Sorry, Jon is her Father.

That’s not something you can pick, after the fact anyway.

After all it’s her day.

HER wedding day, nobody Else’s.

Can’t we put our differences off for a day and just be?

I don’t talk at all about this area of our lives because it isn’t my goal to throw them under the bus.  They love Rooz just like we do, and they do their best just like we do.

Sometimes or *most* the time the two ideas of how best to do that just don’t meet up, but we have all done our best and that’s what matters.  I honestly NEVER think about them until I was forced to the past few months.

Life and timing are an interesting thing.  Now that Rooz is starting her whole new life on her own it has definitely been freeing.  For 18 years both sides have had to worry if they are doing the right thing, the right way, and at the right time.  Court for custody issues, boyfriends, visitation, lessons, dividing family activities, splitting holidays…ugg

It’s nice to move on for all involved.

I think its one of several reasons Jon is ready to talk.

I don’t know if I am ready.  I feel strong but raw with emotion from all of the crazy things we have been through.  My hope, OUR hope is that the experiences we share will help other people going through their journey.

Some things that are pushing this to happen you ask?

Another guy that is in the middle of getting on a talk show or T.V. interview and flying Jon around to meet people in New York and other places…

Why? I ask….and then I reflect on the past 15 years and think…

We are planning on being at Sundance film festivaland meeting “STARS”

Whatever that means.  Diamonds by Donna is taking off and in a big way.  We have also been invited to put something in the Grab Bag at the Oscars in February.

The same exact week Kelly my cousin that I turned the company over to, was at a trade show in California and was asked to put a Native Honey clutch in the Golden Globe Grab bag!

Even though I don’t have time to run it and had to turn it over because I am too busy…I am proud of Mandy and I for creating something beautiful and something people want to buy.  We put years of blood sweat and tears into getting the product going and although we both have taken different directions in business, I am proud of what we accomplished.

Part of me is very excited about what’s coming and the other part is scared.

I don’t get scared very often.

I am so stinking excited that all of my high school friends set a date for our second annual girls trip on April 28th!! I haven’t laughed so hard as when we went last year for the first time to the cabin.  It was awesome and pretty interesting to hear all that had transpired in the past 15 years for everyone.

I don’t know where we are going yet but believe me, it will be fun no matter where we end up!

OH and if you have made it through this long scattered post you deserve to enter into a contest to win some diamond encrusted peace sign earrings that I found in a package ready to ship!  Just link to the Pink Moss face book page and put a picture of something that makes you happy on the wall and tell me why.

That could be anything right?

I will draw a winner on January 12th and send them out!