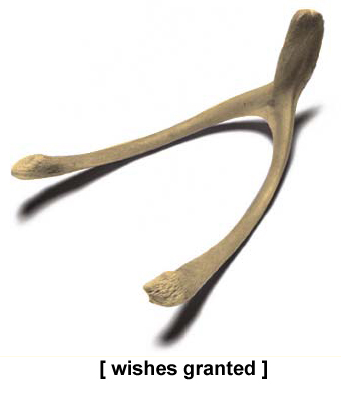 Do you know that kind of cough that just won’t quit?

That’s what I have.

Everyone else in both cabins are sleeping….with visions of sugar plums dancing in their heads, or more likely sparklers and fireworks from last night. (You should have seen it, you really should have) I on the other hand am not sleeping, and when I can’t sleep, I blog.

It could have been caused by the fact that I haven’t slept well since we got to the cabin, or that I water skied yesterday in 55 degrees *air temp*, or that I picked up the end of Dan’s cold….or all three.

Why is it that the one that is supposed to take care of everyone else {A.K.A. MOM} is the one that always gets sick?

On another note, I can’t add all the pictures of have taken yet, so I thought I would tell a funny cabin story. There are many that have happened over the years, but then there are the ones that stand the test of time. The ones that are just too great to forget. You know THOSE ones.

Grandma Ginny is Jon’s grandma and one of the most giving people I have ever met, other than my hubby. This is one character trait that actually brought them close as Jon grew up. They understood each other. They have the same “love language” if you will, working hard to give you what you need or want..or just because. Every time my kids come home from her house, they are toting a box FULL of stuff and your guess is as good as mine as to what is inside. This woman is a pack rat in every sense of the word. I swear, if you looked it up in the dictionary (not that anyone does that anymore) you would see her picture. To give you an example of articles that have found a way in to our home, I feel moved to make a list!

Old stuffed animals, various ribbons and such, candies that haven’t been made in the passed decade, articles of clothing that my kids expect to wear, jewelry, porcelain anything, cookies, cakes, magazines, glass bottles, Christmas ornaments, junk mail, medical reference books from 1930’s, and on and on.

One of my favorites was a box she brought me. It was filled again with randomknickknacks but at the very bottom was a Tupperware filled with something. I always feel the need to go through the stuff that is dropped off or carried home because I know it will all be crap left around the house the next day, so I reluctantly opened it to check the loot. Inside some carefully wrapped tinfoil was something that *almost* made me loose my lunch. Do you want to guess?

Sorry, not even worth the time, you never will.

Inside the wrapped up tin foil were TWENTY wish bones. I’m not talking about the t.v. show, I am talking about the real thing. *Meaning* she had cooked TWENTY turkeys over only heaven knows how many years and saved the BONE that people use to wish. Saved it for….me. I didn’t know if I should laugh until I threw up, or just cut to the chase and throw up.

I still cringe when I think of holding them.

This has to affect the wish somehow, either making the wish so powerful you were bound to get whatever you dreamed of OR cause the extreme opposite to happen because well….it’s just wrong to have a wish bone that long. So as to not tempt fate, I chucked them so fast those turkeys heads in heaven must have been spinning. Anyway, back to the cabin story.

Grandma came up with the rest of us to visit and we had a great week with her. As long as you weren’t the one that drove up in the car with her. She is a back seat driver in a hard core kind of way. Audible sounds and play by play announcing of the car ride happenings she believes are her job. If you have ever driven someone like that around, you will understand that this is NOT a relaxing way to spend five hours of your time. Poor Little Jon. He is a smart guy though and quickly devised a way to get headphones on her ears, and sit her in the back seat with a movie playing four inches from her face. It helped, didn’t solve…but helped.

The kids still laugh about the drive up:

“Oh my gosh dad! Look at that truck!”

And so went the drive hour after hour.

We were all enjoying the cabin the week after Christmas which is tradition for our family. Well, this year Grandma Ginny came along for the ride. We were all so excited to see her on this trip because she had spent the majority of the passed …well, her whole life, taking care of men and this was the first time in a lot of years she was able to get away. I could write a whole book on this woman and her life experiences, but needless to say, to any that have met her…she is a character. The kind of character someone dreams up to write about in a book. One of those people that says things that others just wouldn’t say, or does things that makes your jaw drop.

We had a week filled with card games and sleigh riding, cookies and hot chocolate. It’s habit to wake up on the morning that you are planning to leave and start cleaning up the cabin. It seriously takes half the day to get the four wheelers put away, pack up all the kids, and scrub all that was dirtied on the stay. There is a central bathroom that is used the most right by the kitchen. Every time the kids come in from being outside with soiled hands, we use it to wash them up *again*.S’mores, bug spray, and dirt all make for an interesting combination of sludge that cakes on their little adorable faces. Good thing we have that bathroom!

As we were making our way through the cabin and picking up Jon asked Grandma Ginny if she had enjoyed her stay and questioned how she felt about different aspects of the cabin. She reported loving playing phase ten *a million hours* and enjoying watching all the kids run around. Now let me take you real time for the effect:

Jon: “Isn’t the shower great with the new tile?”

Grandma: “Oh, yes…but I couldn’t figure out how to turn the shower on, so I didn’t use it.”

Jon: “You didn’t use the shower all week?!” (This didn’t sound like her, she is continually cleaning whether it be her kitchen or her body)

Grandma: “I didn’t know how to get that shower thing to work so I just washed off in other ways.”

Grandma: “I just used that.”

Jon reluctantly looked over in the direction of her *pointed, shaky because it’s old finger* and saw the trusted hand towel hanging by the sink.

The one that we had all washed our children’s faces with all week.

The one used to dry our hands after washing them. Jon pushed his jaw shut with his hand and walked over to me with a white face and big eyes. After hearing their conversation I still can’t use that towel. In fact, THAT towel was thrown away but I can’t even use the ones that match that towel. In fact, I think about that story every time I try to dry my hands in that bathroom. Nope, it’s drip dry for me! I just shake my hands as I walk out, and Grandma….she has been taught again how to use the shower,

but I for one, am not taking any chances.

On a completely different note, and one not to be confused at all with the previous story:

[Posted with iBlogger from my iPhone]