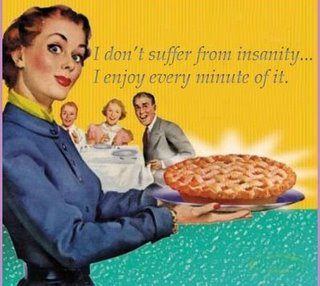 I love good food and spending time around the table with the family.  I don’t even mind trying to cook.  The problem is that every time I try, I get hurt.  I either cut myself,  burn some part of my body, or hurt my feelings.  The meal planning part, and the clean up part aren’t fun either.  It’s fun to make the mess but after I have a yummy meal I want to just digest, not clean up the kitchen.  So the other night I decided to try once again to make a great meal. Are you proud of me?  I asked one of my girls-friends-grandmas how to make asparagus, because I hear she is a pretty good cook.  Not that my kids compare my cooking to other moms and grandmas

She told me to put a little oil on the bottom of the pan, lay the asparagus on top and sprinkle with Parmesan cheese, salt, and pepper.  It looks great, I felt great, but the smoke that came pouring out of the oven wasn’t looking very promising.

You see how I picked a flat pan that couldn’t hold the oil in?  Ya.  It didn’t work, and my oven didn’t like it very much.  So much,  that it decided to spew out all the smoke into my undeserving kitchen and startle my unsuspecting fire alarm.  There really wasn’t a need to wake it, but my oven didn’t agree.

I think my oven felt bad.  How dare I let oil spill all over the bottom?!

So just to show it who is boss, I continued to cook the asparagus.  For 10 more minutes until it was perfectly done.  Jon seemed to think I would start a fire, but I told him the oven was just over reacting.

To further my attempt to put Mr. Oven in his place I didn’t clean up the mess.  Not that day, or the next.  In fact I attempted to make sweet potatoes in him the next day.  The oil was still coming out as I cooked and causing the kids to worry, but I told them it was just fine.

“Remember how you throw fits when you are being punished? He feels the same way! Now go play.”

The sweet potatoes took not one, but several hours to cook. They were massive.  My new attempt to eat healthy (which hasn’t happened yet) says I can have sweet potatoes.  So, I picked the biggest freakin’ potatoes I could find, and just to remind Mr. oven who is boss, I let sweet potatoes goo spill all over the bottom of the oven.  (I actually didn’t know it would, but it felt good anyway).

Did I mention that nobody ate either thing?  The asparagus smelled like smoke oil and the sweet potatoes were finally finished after they were in bed.  Me, myself, and I ate both.

Yesterday we had Mc Donalds for lunch and Stouffer’s Lasagna for dinner. OH, and YES, I (like the picture on top) enjoy every last minute of insanity and I wear a smile around my house just like the lady.  In fact, it might be me, I’m not sure.