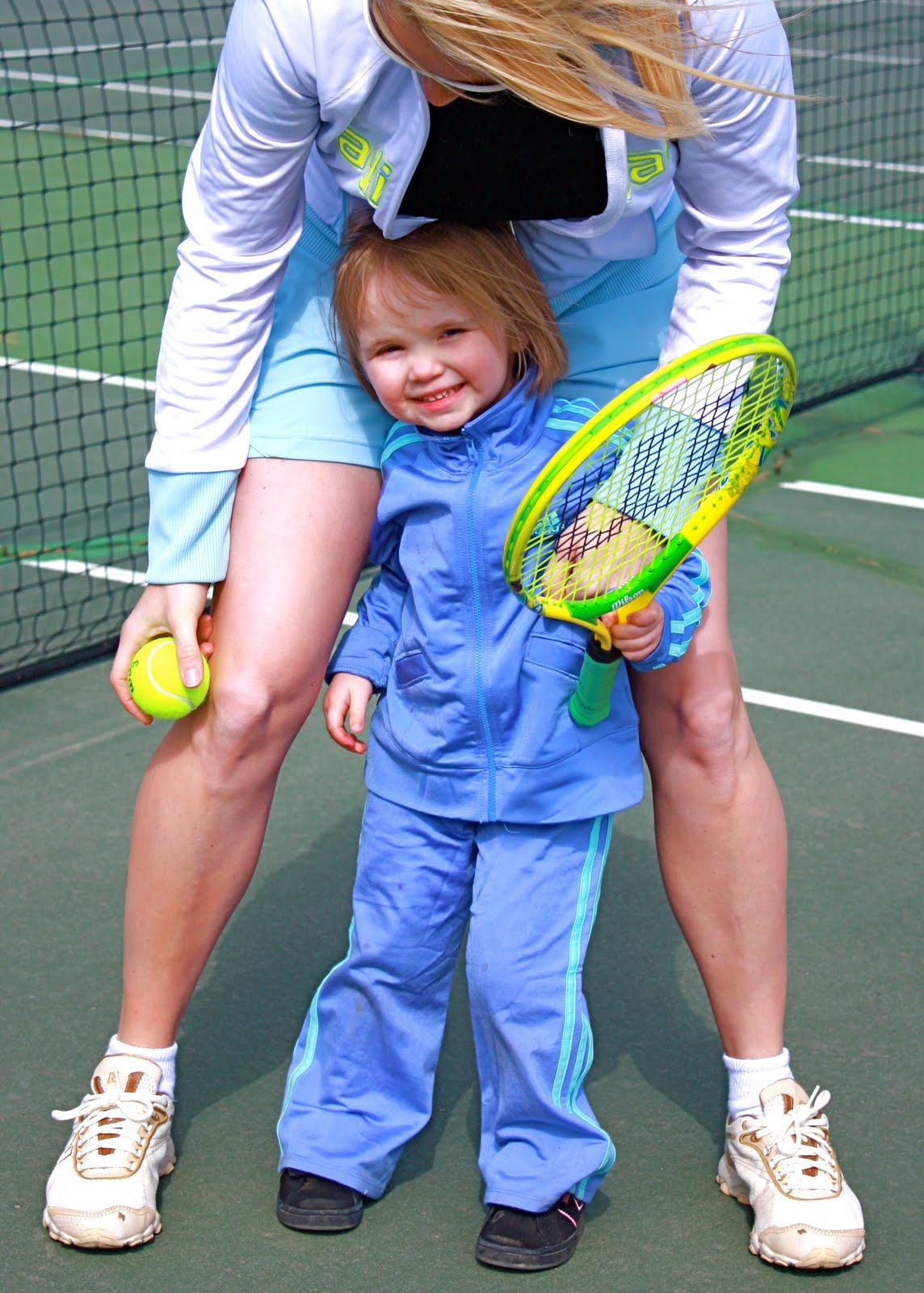 hit the tennis courts today with the goal of enjoying the weather and getting out of the house.

They didn’t care who won, they just wanted to play AND play they did!

First we have Brighton A.K.A. *Sprite* Third we have our friend Lizzy A.K.A. *Lizzy Lou* Fourth we have Cierra A.K.A. *Cierra*

Fifth we have Whitney A.K.A. *Noo Noo* Sixth we have Kinley A.K.A. *Mackaroochie* Seventh we have Ella A.K.A. *Bean* We had a great time hitting the ball back and forth.  We rotated opponents every once in a while so we could all play together.  Just don’t ask me how we kept score because I really don’t know!  One thing for sure, it didn’t involve a “love” anything…I think that’s the word they use anyway! Halle was pouting because, “Dey wone sev de ball to me!” Have you ever gone to a tennis court and wonderedwho in the worldwould bring popcorn and spill it all over?  Well that person might just be me!  We had left over popcorn from the movie theatre and brought it for a snack.  I guess it wasn’t a huge shocker when it tipped over and the wind blew it everywhere. I couldn’t help but snap a picture as Ella hit the ball and laughed at her accomplishment.

Just look at that face!

It was so nice to be out of the house after a week of being sick on Spring Break!

So nice in fact, that it might just make up for the fact I am up at 4:00 a.m. *blogging* feeling like whatever they had a few days ago has made it around to me!  I guess there was no way around it.  After all, I WAS the one cleaning up after them when all BARF hit the fan!