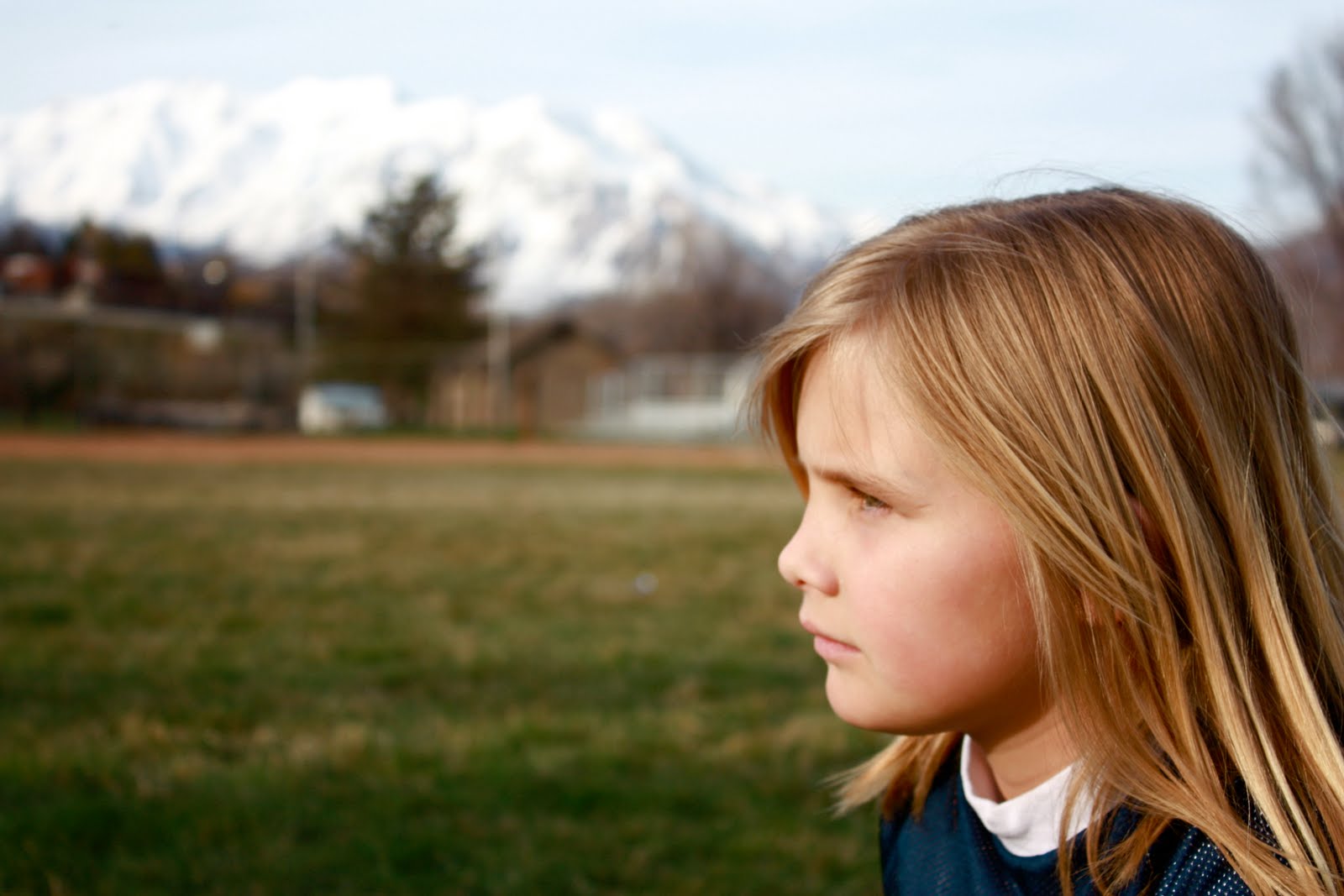 Brighton tried out dance, she wanted to like it..she did. She did because all of her sisters dance. But dancing wasn’t for Brighton. She loves to run, kick, and roll around in the grass. It was so refreshing to watch Brighton do what she loved. To give high fives and say the word “coach” a million times. Brighton was in heaven at her first soccer game. Ella wasn’t overly interested in soccer until she heard the word “SNACK” at half time!

Before you look at this next set of photos, know that Halle was also in heaven!

It is normal to see her FLIP and land on her HEAD every day!

It’s just that this time I actually caught it on my camera! Not to worry, she always picks herself up with a smile and runs to do it again! I didn’t even flinch when she did this because I am so used to it. Whitney was the same way at her age. This is the reason why I put her in gymnastics. They are both built the same Jon was kicking the ball back and forth with Ella and Halle during the game. It was so cute to watch the girls. They were all in heaven and I think Jon was too! Looks like I have just become an official “Soccer Mom”!