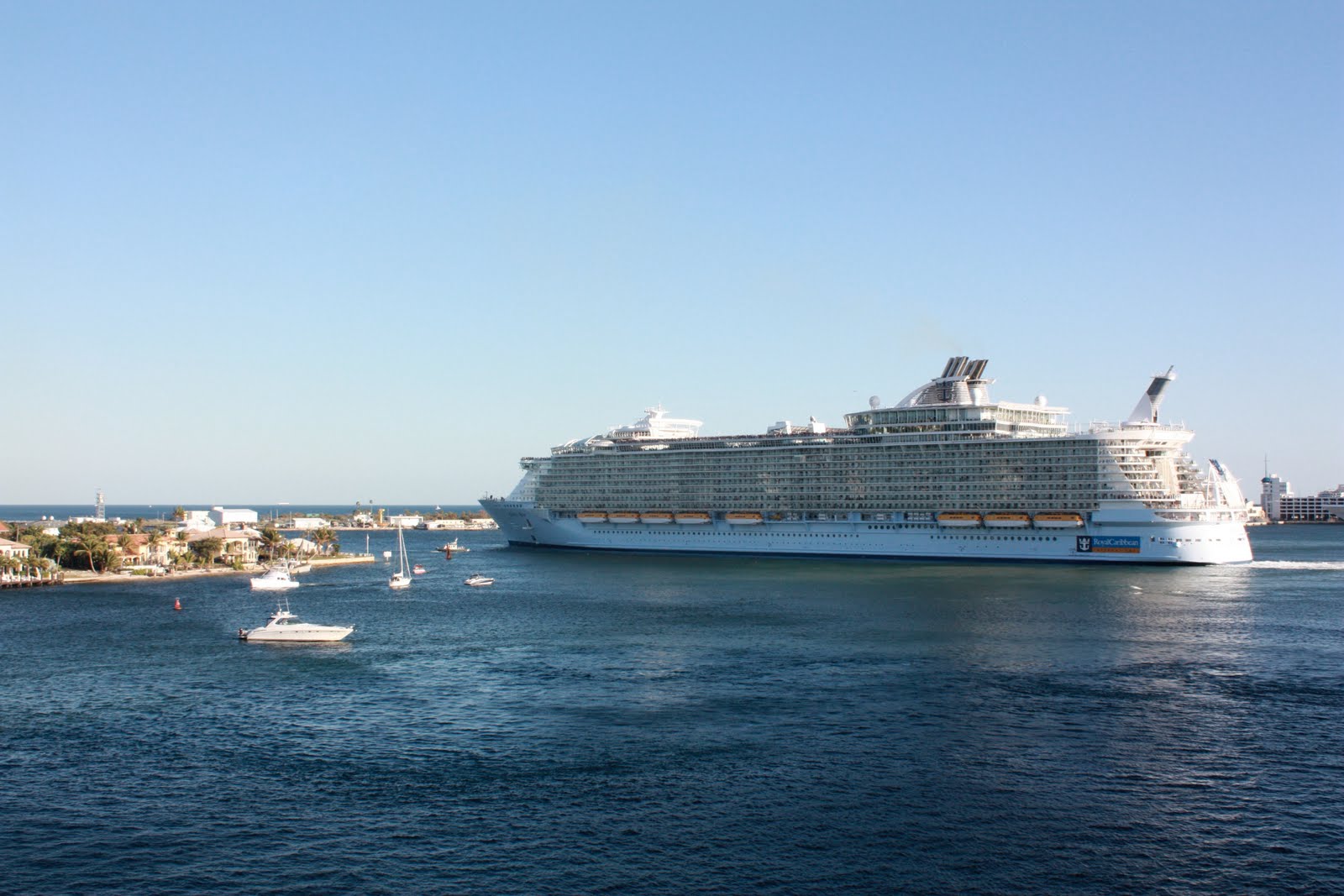 This is quite a bit different than a normal post I would do.

I am on the Princess cruise ship and I am being billed for the amount of time I spend on the Internet!I am used to being able to think about what I will say and trying to make things sound

alright, and even in somewhat of an order. The past few days have been a beautiful blur, and I will try and catch you up on all the happenings!

Jon and I left for the airport on Friday. We were late driving to the airport and I was grateful for my BMW that could easily travel well over the speed limit with ease and comfort…

Good thing we didn’t get a ticket!

We found our seats just in time, with even time to grab a salad, treats, and magazines for our four hour flight. We were very relaxed and enjoyed every minute of our journey

*Other than the recycled air, that makes me gag*

We landed in Florida and took a taxi to our hotel. The CUTE taxi guy was from Haiti, I even guessed before he told me because his accent sounded like my friend Wilda from the same place. He was super nice and didn’t know where he was going. It was only his second month driving…so the bill just kept racking up as he stopped place after place asking for directions. We kept laughing at him..because he was so embarrassed and laughing at himself. He only charged us half, but Jon of course paid him the full amount. I was very grateful to be sleeping in a bed that night and not flying all night long. We woke up and met up with 2 of our best friends Spencer and Melinda.We jumped into the shuttle in the morning and drove to the ship! Here is an example of a cruise ship, just to give you an idea of the

mere size compared to the houses on the peninsula by it. I love the obvious tradition of the people standing on the shore line! They would blow big horns to wish the people well as they drove out of the harbor. The kids ran back and forth waving and the old duffers used megaphones to yell at the little boats getting in the way or driving too fast! It was so fun to watch. I had the chills because Jon and I both love the water and boating. We were in heaven watching the big yachts

drive by and the speeding cigarette boats. It was perfect! camera to capture everything.. Including the dirty window and myself!

I am very pleased with my balcony to see outside!

Last time I came on a cruise, I couldn’t see outside and I think

it contributed to my sea sickness. Melinda and I are reunited!!

She moved away to Arizona a while ago and I miss her terribly. We didn’t waste a minute. Spencer didn’t waste a minute getting to acting like a dork!

He flitted around and made random people laugh. He keeps telling people he is the comedy act on deck five. I don’t know how many people have shown up, but if they did I feel bad…or it’s funny….I’m not sure which!

He acts as if he is drunk sometimes and that makes me laugh because he has never tasted alcohol in his life. I guess I have a lot of friends that way because

we are crazy without the stuff! Last night we dressed up for a formal dinner and ate like it was the last night on earth!

Seriously, it’s no wonder people gain 10 pounds on a cruise!

It’s all at your fingertips..insert into mouth…and on the hips.

What is that saying, “A second on the lips, years on the hips..” ummmm YEA! YES&lt; I know, my bestie is beautiful!

We are opposite coloring..and personalities for that matter but we make a perfect fit!

She kept calling me Electra all night because of my eye color. I think they just stand out more when I am with her because she has deep penetrating brown eyes. Melinda and I picked great, hard working guys that would do anything for us..and they do! Thanks to Sydney, I borrowed her dress. It’s weird to share clothes with my girls, but it pays off a lot in my favor too lately. I can justify buying more clothes because we all share…some of them anyway.They know they are required to share or Jon will “Burn the clothes in the back yard!” I am not required, but will share quite a bit. There are a few things

I hold sacred in my closet! The first little piggie when to the Market.. The fourth little piggie had none…(not in this case)

And the fifth little piggie cried all the way home..

What you say? NO fifth piggie…you are right, but we have eaten enough for that one too!