Fish Are Friends Not Food 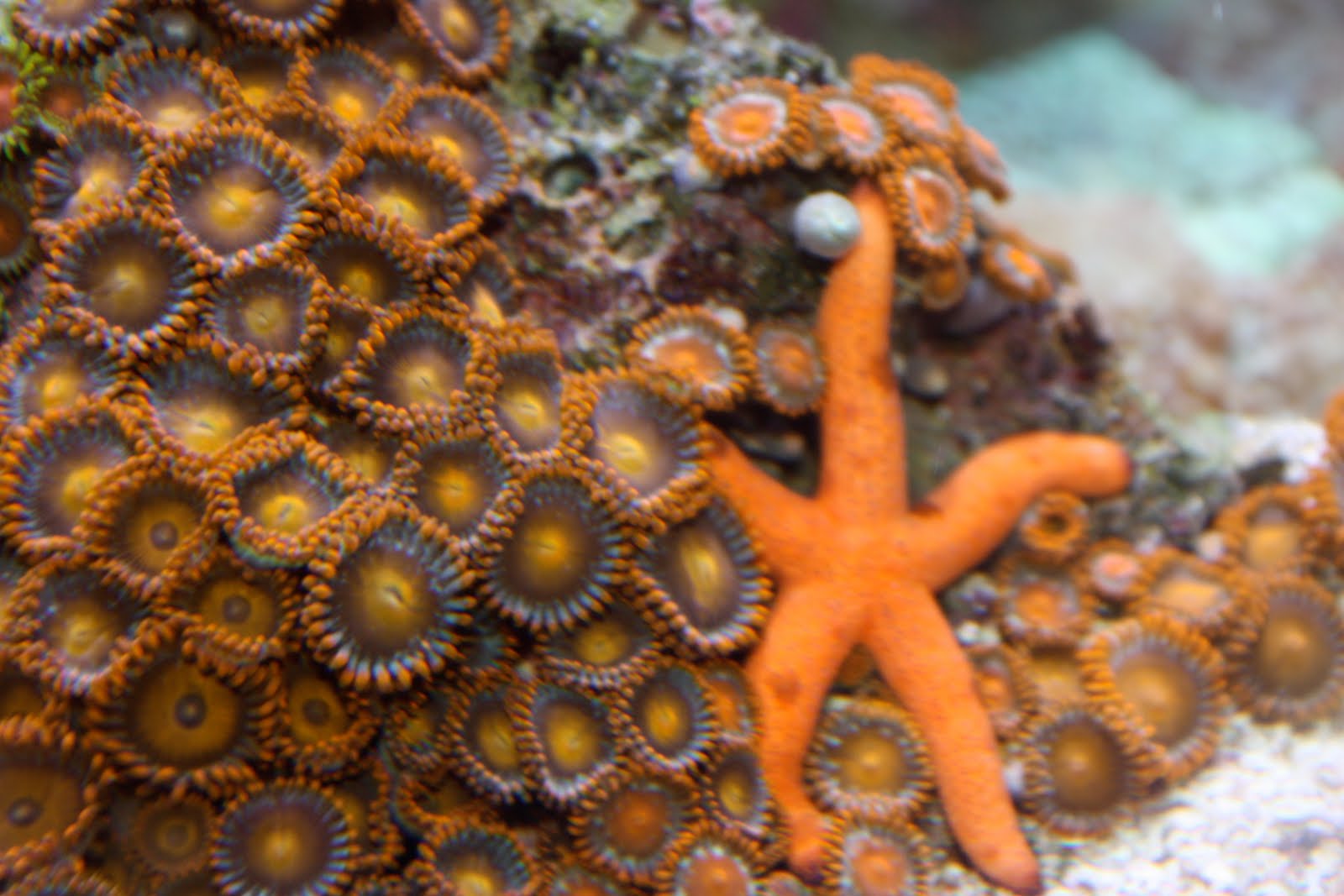 It’s probably about time to introduce our salt water fish tank into our family equation.

It is Jon’s birthday today, and that means he got some new fish and coral for his salt water fish tank.  He is playing with the fish, as I blog.

Jon started getting into it about a year ago.Jon is obsessed with these little critters!

Every time I turn around he has a box full of new life forms to add. He sneaks away and takes the kids with him to pick out more fish or coral.  I can tell it relaxes him after a long stressful day at work.  The kids run up to great him and they love feeding the fish with him.  Sometimes his excitement goes beyond even theirs but I think it is cute!

We have a great time naming all of them.

(Sometimes we pick their name for their looks, always people names,

and other times we name them after people I have known that act like each of the fish.)

For instance, our fish that looks like Dory on “Finding Nemo”…we didn’t name her Dory, that is too expected for me.  We named her Andrea.  NO OFFENSE to any Andrea out there, but several Andrea’s I have met have been bossy, SO her name is Andrea!

She steels everyone elses food and gets in their way on purpose.

We have a fish named Steve.  “He” doesn’t remind me of any Steve I know, but it just fits him.  He used to sit and just observe all of the other fish.  He was very personable.  Unfortunately Steve bit the dust.  I could go on and on, but I won’t for fear

I will offend anyone with their names! I LOVE this little snail pictured above!  We have about 8 of them.

They are bright pink with little orange “hair” on top of their heads.  They remind me of the little

slugs that sing on “Flushed Away”. enjoy watching the coral!  Coral is such a cool life form.  You hardly ever actually see them move, but when you turn away for a minute a look back they are in a different spot!  It is fascinating to watch them eat.  They change shape, color, and size depending on the time of day etc.  It is normal to look at a coral and think it is a totally different

one because of how it’s changed. We have this clam in our tank that is pretty unreal!  It is huge and beautiful.  We also

had a shark egg in our tank for a while.  It had a hard shell and if you shined a flash light through the back of it, you could see the shark swimming around on the inside.  After about 4 months it hatched and we had to give it back to the store.

Another one of my favorites was a baby manta ray that Jon fed so much he died.  He was SO cute.  I don’t like to get attached because it is hard to keep a lot of things alive.  One fish called a goby jumps out of our tank all the time and we have to try and save them.  We have a special cover now so it doesn’t happen as often.  There are SO many things that have to be just right in a salt water tank.  Certain fish can’t live with certain coral, the water PH balance has to be perfect, and on and on.  THAT’S why we have to hire someone to take care of it,

at least for now until Jon learns everything he needs to know. I love watching our “Nemo” fish swim in the anemone.  They cohabitate pretty well.

It’s just like Jon and I.  I loved to be tickled to fall asleep at night and Isn’t this coral beautiful?!  It is awesome to watch it move in the water and when the

blue lights come on at night, everything is fluorescent. A lot of the coral reminds me of the planet on the movie “Avatar”.  The movement, colors, and textures are so much the same.  I am sure they used the ocean

for inspiration while creating the movie.

A word of warning…A salt water fish tank is a huge commitment of time and money.

If you want to get into it, be aware.  You have to really love it to make it work.  I think it is entertaining but not as much as Jon does.

A few weeks ago he asked me if I loved the tank.  I told him I enjoyed it but I would just choose to spend my money on other things.  He asked me what and I told him I thought it would be great if we actually had furniture to sit on while we watched the fish intead of buying another coral.  He agreed and I got some front room furniture out of it!  HAHA.  I wasn’t planning on it, but he thought I had a good point.  Honestly if it is a hobby that Jon loves, I am so happy for him because he doesn’t have much time to relax and he deserves to.

So, I’ll bite my lip and go the the fish store with him for the thousandth time because I love him!