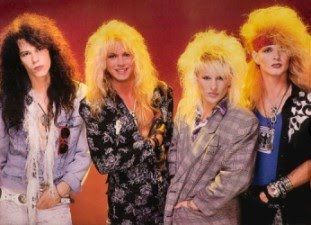 Because it is Friday and I am in a PaRtY kind of mood I am thinking of MuSic and DaNcE!!

“She drives me crazy” by Fine Young Cannibals.

I had an immediate flash back to the days when my best friend Nicole and I would spend hours watcing MTV and try to dance like the stars. Mind you, this was probably in 1986, right in the middle of the best music era known to man!!

I came home still laughing and decided to post a link on her facebook of the song I had heard so she could bust a gut with me. I had SO MUCH FUN that I posted somewhere close to 20 songs! She happened to be online at the same time and was posting them on my wall as well. Usually when I write “lol” I am amused at a comment made, but I was litterallly sitting on my bed alone laughing so hard that I woke up my kids!

I knew at that point I would have to share some on my blog so that whenever I am having a hard day, I can reflect back and get another belly rumble!

Some of the video’s wouldn’t post, but I had to mention:

Have a great weekend and if you were raised in the 80’s also,
good lucktrying to get some of these songs out of your mind!
Here is a link to the AWESOME styles I wore in the 80’s.
The 80’s were so ugly, yet perfect at the same time. The guys didn’t even escape the 80’s without transforming into something unrecognizable. I am honored to have been raised in a decade that offered impeccable style and music!